Skip to content
Entertainment FACTS FEATURED Life Style
September 3, 2020 tmz editor
Jeff Koinange performs during one of his country music tours in September 2019
The family of the late cabinet minister Mbiyu Koinange has honored their patriarch who died on September 3, 1981.

He shared the same name with his brother who is the father to Citizen TV news anchor Jeff Koinange.

In a full-page feature on The Standard newspaper, the family also celebrated the life of their mother, Damaris Wambui who passed on in August 18, 2011.

According to sources familiar with Standard Group’s rate card, The Standard charges an upward of Ksh500,000 for a full-page advertisement for a day.

Mbiyu’s family posted a heartfelt message to mark 39 and 9 years since Mbiyu and his wife died respectively.

“A diamond is a chunk of coal that did well under pressure. In the depth of a fierce furnace, the ashes settle out to which we find beauty for ashes.

“The quality of my parents remains loud in their dreams, goal and the aspirations they set out not only for themselves but for their family and beyond,” the message about Mbiyu read.

In a message to the departed matriarch, the family acknowledged that her love and courage were the sources of her strength.

Interestingly according to the book, Dark Secrets of the Kenyan Presidency authored by controversial independent blogger Chris Kumekucha, the former minister did not sleep in the same room as his wives.

Koinange is said to have revealed to a friend that he was afraid of sharing a room with any of his four wives just to guard the secrets of the Jomo Kenyatta administration.

“What would happen if I dreamt in my sleep and started divulging Jomo’s secrets? I certainly cannot live with such an eventuality, so I decided never to share a bedroom with anyone, my wives included,” he once divulged.

During the late Mzee Jomo Kenyatta’s administration, Mbiyu is said to have been one of the most powerful government officials trusted with all the good and dark secrets of the president.

According to former Butere Member of Parliament Martin Shikuku as documented in other files, there was some information purely trusted with Koinange and Kenyatta could not even mention a word of it to his wife Mama Ngina Kenyatta.

“I was told to mind my business because there were things Kenyatta talked about with Koinange that he couldn’t share even with First Lady Mama Ngina,” Shikuku said. 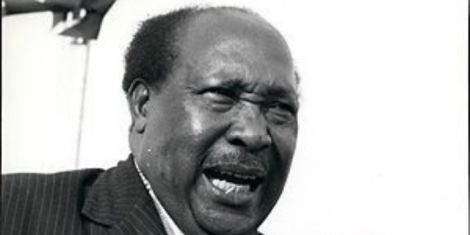 10 Tips For Acing Your Next Job Interview