The United Nations International Residual Mechanism for Criminal Tribunals (IRMCT) revealed that Kabuga was wanted for allegedly being at the forefront of the 1994 genocide in Rwanda, against the Tutsi.

For a long time, it was reported that he was hiding in Kenya, with the help of politicians in the country. 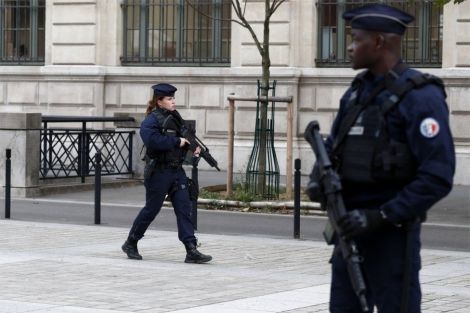 File image of French Police officers on patrol in Paris.
Renowned and award-winning investigative journalist John-Allan Namu in an interview with K24 TV on December 12, 2017, revealed that he believed Kabuga was hiding in Kenya and with the help of authorities. This was after he had done an investigative feature tracking the wanted fugitive called In the Footsteps of Kabuga.

However, he was fed with false intel, and the person he had portrayed to be the fugitive was not Kabuga.

“That was a tough time, and it has been a tough time since. I built up a lot of credibility over the years at the time and when the Kabuga story came around, I thought this is another one where I get to prove something that was really important not only to us who had harbored the fugitive, because I still believe he was harbored here but to the millions of people who lost relatives in Rwanda at the time,” Namu revealed in the interview with K24 TV.

He was arrested in a complex coordinated operation between French authorities and the IRMCT office of the prosecutor.

“The arrest of Félicien Kabuga today is a reminder that those responsible for genocide can be brought to account, even twenty-six years after their crimes.

“Our first thoughts must be with the victims and survivors of the Rwandan genocide. Advocating on their behalf is an immense professional honor for my entire office.

“For international justice, Kabuga’s arrest demonstrates that we can succeed when we have the international community’s support. This result is a tribute to the unwavering commitment of the United Nations Security Council, which established the mechanism to continue the accountability process in Rwanda and the former Yugoslavia,”  Chief Prosecutor Serge Brammertz stated following the arrest.

Brammertz extended his gratitude to France and its law enforcement authorities, particularly the Central Office for Combatting Crimes Against Humanity, Genocide and War Crimes, and the Office of the Procureur Général of the Paris Cour d’Appel.

“It is important to also recognize the many other partners whose contributions were essential, including law enforcement agencies and prosecution services from Rwanda, Belgium, the United Kingdom, Germany, the Netherlands, Austria, Luxembourg, Switzerland, the United States, Europol, and Interpol. This arrest demonstrates the impressive results that can be achieved through international law enforcement and judicial cooperation.

“Earlier this year (2020) my office visited the Ntarama Genocide Memorial in Rwanda to honor the memory of the victims and renew our commitment to justice. Today’s arrest underlines the strength of our determination,” Brammertz concluded. 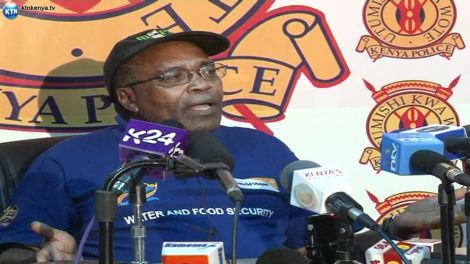 Daniel Ngeera, the man who was mistaken to be Felicien Kabuga, addresses the media.