Uaso Nyarobe Waterfront Limited, a private firm has moved to court to demand Ksh12 billion from the government over the newly-unveiled Michuki Park in Nairobi.

The private firm claims ownership of the contentious 26-acre parcel of land and accuses the government of forcefully taking over the land.

It is demanding Ksh400 million per acre, bringing totaling to Ksh10.44 billion and want a further Ksh2 billion in damages. 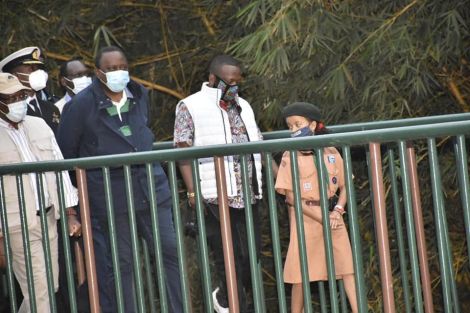 President Uhuru Kenyatta on Friday, August 14, 2020, opened the rehabilitated Michuki Park that was initially known as the Mazingira Park with the name change being in honor of the late former Minister of Environment John Michuki.

The firm demands the Ministry of Environment be cited for trespass and its Cabinet Secretary Keriako Tobiko held personally liable for taking over the land.

The first respondents named in the petition include Tobiko, the Ministry of Environment and Forestry and the Attorney General with the National Land Commission listed as an interested party.

Documents reveal that the firm became the registered owner of the property under Land Reference Number 209/4360/59.

The land has a rich history as it was first registered by Queen Elizabeth when it consisted of 32.26 acres and given in favor of Ewart Scott for a term of 50 years.

In the petition, Uaso Nyarobe claims that 88.3% was transferred to them by the heirs of the property with the remainder being held by the Estate of Lakhi Hiranand.

In August 2009, Uaso Nyarobe was tasked with the development of the property that would see it be transformed into a modern facility.

“The development on the property intends to create an urban village with 2,500 modern kiosks and 600 affordable housing units on the north bank of the site.

“The southern bank which borders Kijabe Street is intended to have offices, a hotel, shops, an amphitheater and parking area for 3,300 cars,” noted the director of Uaso Nyarobe, Karim Fazal.

Lenayapa back in 2009 also claimed that the land was private property in a letter to Planning Systems Limited. 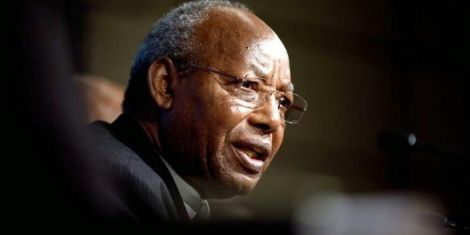 The late John Michuki during a press conference of African finance ministers in Washington on October 11, 2008.

Duale Asks for Forgiveness in Final Speech as Majority Leader

‘I love to give more than I did,’ Sonko pens emotional letter late wife

Kenyan Scientists Discover How to Stop Spread of Killer Disease