Skip to content
News Politics
August 6, 2020 tmz editor
Laikipia East MP Anthony Mutahi (in striped shirt) during the inspection of a classroom under construction at Kariguini Secondary School in his constituency in 2015.
Former Laikipia East MP Anthony Mutahi was on Wednesday, August 5, committed to a six-month civil jail for building a mansion on land in dispute with a white settler, Stuart Richard Cunningham.

Justice Mary Oundo gave orders during a sitting in Nyeri but was suspended until September 23, when he is expected to appear in court to respond to interfering with the land suit between him and the settler in Nanyuki despite court orders.

“Mutahi is hereby committed to civil jail for a term of six months for contempt of court for deliberately disobeying orders of this court given on November 8, 2017,” ruled Justice Oundo.

The land in question is situated on the Nanyuki-Doldol road, opposite British Army Training Camp and has a house, 10 stables, three staff quarters, a garage, a store, a water tank and 15 horses.

Former Laikipia East MP Anthony Mutahi speaking to the media in May 2018.

The complainant filed an application under urgency at the Environment and Land Court in Nyeri seeking to have the former legislator committed to civil jail for developing the land in Nanyuki against an order issued by a court.

In 2016, Judge Joseph Onguto of the High Court at Milimani, Nairobi, ordered the MP not to interfere with the land until the ownership dispute was determined.

“The first respondent (the Inspector General of Police) is hereby ordered to provide security to the petitioner, his family, employees, agents, friends, visitors and friends from the interference of Mutahi,” Onguto ordered.

Similarly, in 2017, Judge Lucy Waithaka restrained the former MP Mutahi and his representatives from interfering with the land pending hearing and determination of the case.

The former legislator told the court that he was supposed to occupy 18 acres of the land while the complainant claimed that the land was invaded by an armed gang in a bid to take over the property.

Cunningham admitted that he did not have a title deed to prove ownership of the land 25 years after he says he bought the land.

In his case, he sued the registrar of lands for issuing a title deed to a third party (Mutahi). 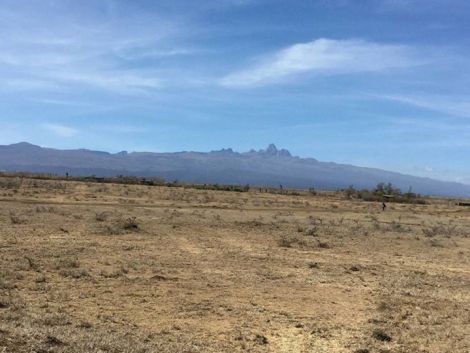 A piece of land in Nanyuki in Laikipia county

Prominent Kenyans who have been cremated after their death