Skip to content
Life Style Business Exclusives FEATURED
June 27, 2020 tmz editor
Teresa Njoroge, CEO and Co-Founder of Clean Start, an organisation that looks to empower women who are in prison
In April 2008, Teresa Njoroge, was going about her usual business as a banker, when a man approached her and asked for a 3-step cash withdrawal service.

He wanted his money (approximately Ksh 10 million) transferred to another bank branch and having done the job before, Ms Njoroge saw nothing unusual and went ahead to authorise the transaction.

“My branch manager had to authorise it too. Plus the other branch’s manager. We all did approve, and everything was in place and in order,” she stated in an interview. 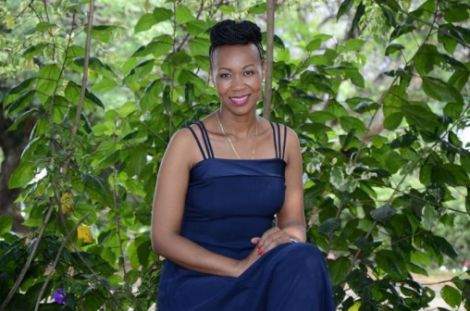 It is this transaction that would later land her eight months at the Lang’ata Women Maximum Security Prison.

The man whose transaction had been initiated was not the actual owner of the account and two weeks later, the real owner realised that his money was missing.

“It was a puzzle because six bank employees had authorised the transaction at each stage until payment. The bank could have proven that the client withdrew the money but the security did not have the footage,” she narrated.

Several months later, Ms. Njoroge was arrested and told that she would carry the cross for the other employees involved.

She was taken to Lang’ata Womens Prison with her three-month-old daughter, where she served for a period of eight months.

While serving her time, Ms. Njoroge, who had been wrongly convicted of the financial crime realised that a number of women at the prison were not criminals.

“70 per cent of the women there were not actual criminals. They were poor and illiterate. Victims of a broken system and society had profiled prisoners. We had criminalised poverty,” she added.

It is these thoughts that led her to establish Clean Start, an organisation that looks to empower women who are in prison, once she had served her time.

The organisation helps women have a smooth transition into society after serving their time.

Ms. Njoroge left prison in November 2011 but it wasn’t until February 2013, that the courts dropped the theft charges after realising that she had been wrongfully convicted.

Teresa has since earned Global recognition for her remarkable work. In May 2019, she was awarded by Global Thinkers Forum for her Excellence as an African Female Leader.

Other than that, she has hosted a Ted Talk, and just recently, on June 1, Ms. Njoroge was among five Kenyans selected to join the Ford Global Fellowship run by the Ford Foundation – an American private foundation with the mission of advancing human welfare.

“There is purpose in pain and there is a reason why that pain comes your way. There is something positive about it. If only you change your attitude,” she advises.