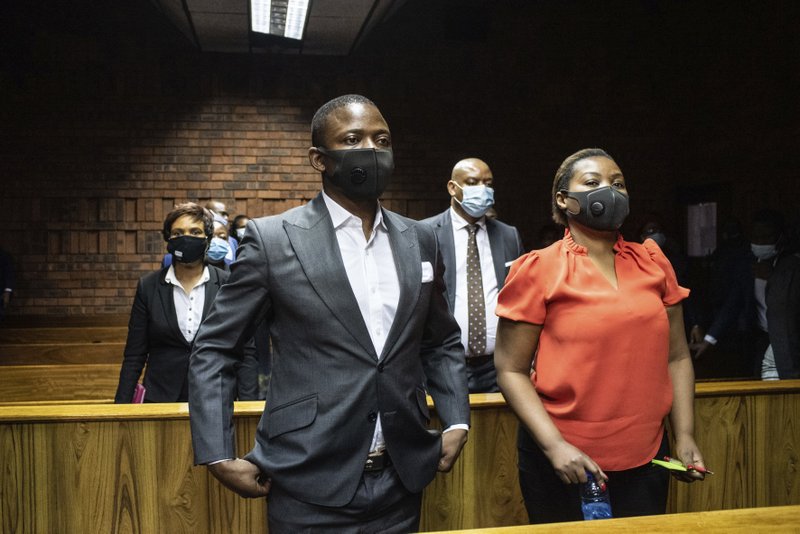 CAPE TOWN, South Africa (AP) — A preacher who calls himself a prophet has triggered anger, a diplomatic incident and a good amount of head scratching by authorities in South Africa after skipping bail, fleeing the country and emerging in his home nation of Malawi while facing charges of money laundering and fraud relating to more than $6 million.

Shepherd Bushiri and his wife, Mary, who have both been charged, failed to report to a police station in South Africa on Friday to meet their bail conditions. Bushiri then released a statement and appeared on a television station on Saturday saying they were now in their country of birth over 1,000 miles away despite apparently having no travel documents.

He presented a list of demands for him and his wife to return to South Africa, including that the police team and prosecutors investigating them be changed. He accused them of bias. He also said there had been attempts to kill the couple since 2015 without giving further details and demanded police protection.

South Africa responded by issuing an arrest warrant for the “two fugitives” and canceled their bail and confiscated the $26,000 they put up as bond. They have until Thursday to hand themselves in at a courthouse in the capital, Pretoria, said Col. Katlego Mogale, the spokeswoman for the Directorate for Priority Crime Investigation, a police unit that investigates high-profile crimes. Failing that, authorities will start confiscating the Bushiris’ properties, which include a $350,000 house in an exclusive estate on the outskirts of Pretoria.

And if the Bushiris don’t return, “then we would go to the Malawian government to enforce the arrest warrant,” Mogale said.

South African authorities still haven’t worked out how the Bushiris slipped out the country after police said they took away their passports when they were released on bail.

But the intrigue increased with allegations by a South African lawmaker that the couple escaped on a plane carrying Malawian President Lazarus Chakwera home after an official visit to South Africa last week.

The claim has been denied by both governments but was repeated by South African ruling party lawmaker Bongani Bongo, who chairs a parliamentary committee on Home Affairs and who asked the the Minister of Home Affairs to explain the Bushiris’ escape.

“The nation is very worried and very angry with what has happened,” Bongo said on the Power FM radio station. “This is not a banana republic. We are running the rule of law.”

Malawi denied that the Bushiris were on the president’s plane and complained that President Chakwera’s departure Friday from a military airbase near Pretoria was delayed for seven hours by South Africa for “unspecified security reasons.” The Malawians said South African security personnel searched Chakwera’s plane and the entire delegation’s luggage. They haven’t said what they were looking for.

South Africa’s Home Affairs Minister, Aaron Motsoaledi, raised the possibility that the Bushiris left through a land border into northern neighbor Zimbabwe and then onto Malawi.

The 37-year-old Shepherd Bushiri, part pastor and part businessman, founded the Enlightened Christian Gathering church, which claims hundreds of thousands of followers in South Africa and has branched out to other African countries. His end-of-year sermons at soccer stadiums often attract between 90,000 to 100,000 people.

Bushiri’s full church title is General Overseer Prophet Shepherd Bushiri, while he also sometimes calls himself “Major 1.” Keen on wearing slick suits, Bushiri makes no secret of his focus on wealth alongside God. According to the church, his “investment company” has interests in mining, real estate and the airline business. It’s highlighted by the church as much as his preaching.

Bushiri said he ventured into business because he “does not believe the church must support his family.” Yet soliciting donations from followers is a key part of the church’s operations.

On one broadcast on his Prophetic Channel TV station, Bushiri sits next to a printer printing out bank documents that he said followers have sent him showing they’ve made donations to the church. Bushiri said he offers his “blessings” to the person once he sees their “proof of payment” come through.

“They are coming from different nations, different countries, people sending their proof of payments,” Bushiri said with his hands resting on several large piles of papers in an act of blessing them. “I’ve been printing them the whole day and I’ll be praying for them.”

In another televised sermon in a packed auditorium, Bushiri told congregants that “men of God should be rich.”

“I am also rich. In fact, I know what I’m doing,” he said as the congregants cheered, jumped out their seats and raised their hands in the air.

Watch! SK Khoza Is Crazy About His New Bae

“We Are ALL Going To Die,” A Kind Reminder From Lady Zamar