Skip to content
News Politics
November 23, 2020 tmz editor
Nairobi Metropolitan Services Director-General Mohamed Badi. On May 16, 2020, he decried the lack of a budget as a crippling issue in Nairobi County.
FILE

Nairobi Metropolitan Services (NMS) Boss Mohammed Badi has been ordered to pay Ksh200,000 fine to a private hospital in Nairobi.

A report by The Standard on Sunday, November 22, indicated that county officers had stormed Scion Healthcare Limited and arrested its administrator and accountant.

As a result, Badi, alongside the landlord of the building on which the hospital is housed in Eastleigh, was ordered to pay Scion’s proprietor Augustine Kinyua the money.

The proprietor told the court that the landlord, Peter Maina, was hell bent on kicking him out of the premises. 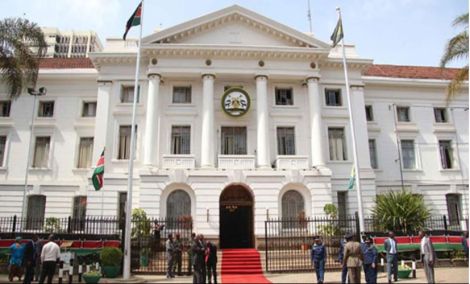 He further claimed that Maina’s quest was halted by the rent tribunal cases before he sought other means of getting him out of the premises.

Kinyua further noted that the landlord conspired with Nairobi County officials to kick him out over rent raw.

He detailed that Maina lodged a complaint with the county’s Health Department claiming that the hospital was a health hazard in the area.

In his ruling, Justice Antony Murima noted that public servants should serve the public good and not get entangled in personal vendetta.

“They must resist the temptation of being used to settle personal vendetta between private individuals or entities,” stated the judge.

The two were also directed to settle the case bills incurred by the firm.

In court documents, the hospital, through its legal team, claimed that it was illegally closed down after a notice emerged from Nairobi Health CEC Hitan Majevdia dated April 3, 2020, yet it was licensed to operate.

The case was at the time filed as urgent. 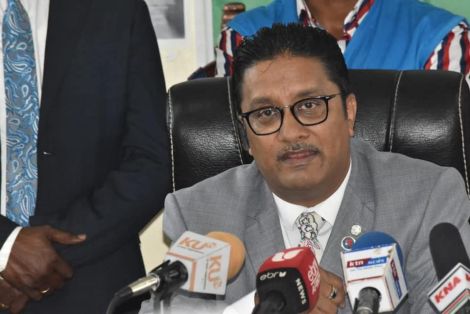 Could The Late Jacob Juma Be Haunting William Ruto?