Generations: The Legacy Actor Gushes Over His Promotion. Great things come to those who put in the work. This is the case with Karabo Maseko, whose star is shinning brighter on Generations: The Legacy. The rising star plays, Luyolo, a Rastafarian medical school graduate on the SABC1 drama.

Luyolo, started off as a supporting role, now the character has been promoted to a lead one. Karabo, will now become a permanent feature on SABC 1’s hit prime-time soapie. Things have definitely turned out for the best for Karabo. In December 2019, he was left unemployed and distraught by the sudden ending of e.tv telenovela Isipho,now he is making waves on Generations: The Legacy.

“From a supporting to a lead character. Not on just any show… but @generations_the_legacy🥺. When God shows up, He shows off,” Karabo gushed. 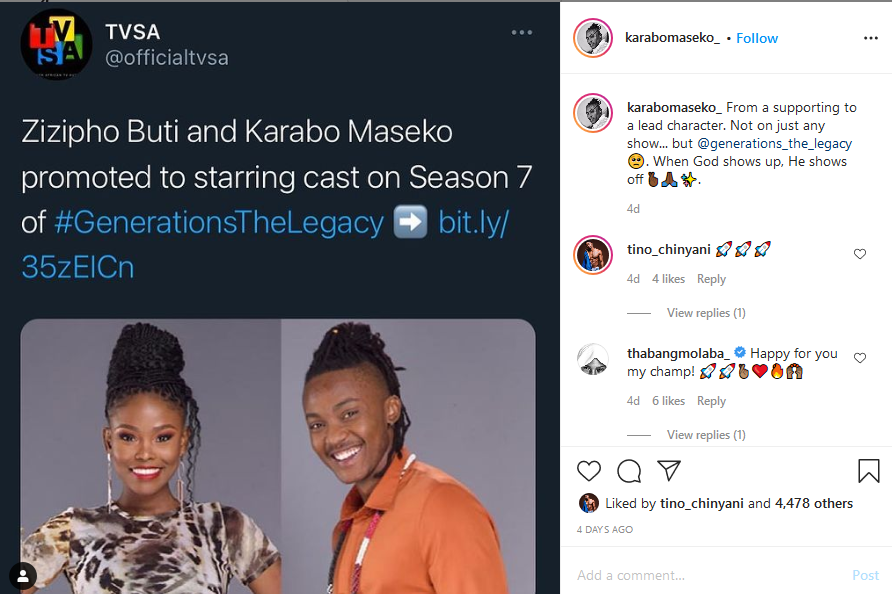