The KANU chairman was speaking in Kenmosa, Eldoret where he led a host of North Rift leaders in an interdenominational prayer service.

“Our people, especially those who are in KANU, should courageously support me as people who are seeing ahead,” he urged. 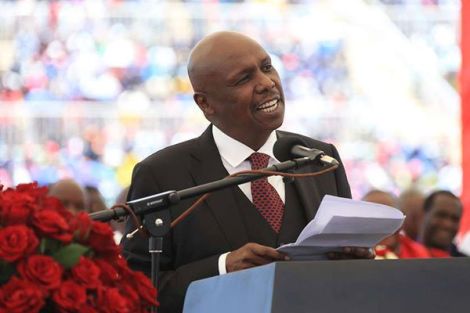 Baringo Senator Gideon Moi speaks during a memorial service for his father at Nyayo National Stadium on February 11, 2020

Moi revealed that that he entered a coalition agreement as he aimed at strengthening development across the country ahead of the 2022 General Elections.

He noted that the pact should not be viewed as intimidation to any leader from the Kalenjin community stating the deal was aimed at putting an end to divisive politics.

“We have so many friends and we will continue working with them for the sake of the future of our people and this country at large,” explained Moi.

With Tiren recently being appointed as National Assembly Agriculture Committee chairman, Moi urged him to use the position to revolutionize farming in the area.

Gideon was blessed by the clergy in the church service and was backed by the political leaders who attended the gathering to succeed President Uhuru Kenyatta in 2022.

The pact has also been seen as a threat to Deputy President William Ruto and his allies who are facing a fall out in the Jubilee coalition.

Moi was recently sent by Uhuru to represent him in the inauguration of newly elected Malawi president Lazarus Chakwera. 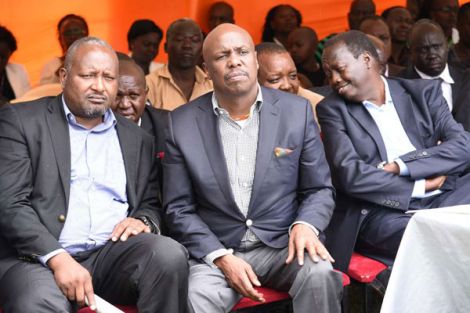