Despite Chebet performing her poem in her native tongue, the video still took social media by a storm as she earned praise from many.

Barchok revealed that he was delighted by the message contained in the girl’s poem that he sought to change their financial situation. 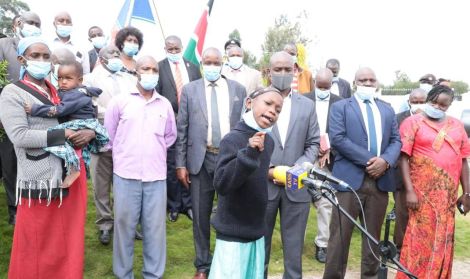 “The inspiring message from the Class 2 girl has touched me personally and I hope all other leaders listen to the girl’s deep message.

“On the flip side, the video has brought to the fore the humble background that the young girl’s family comes from. It is our individual response to this situation that defines us as leaders,” he noted.

The Governor hosted Fancy alongside her family in his office on Wednesday and shared a number of ideas that would change their fortunes.

Barchok pledged to build the family a new house while his Deputy Shadrack Rotich has offered to pay their NHIF cover for one year.

The gifts did not end there as area MCA Joseah Chepkwony also comes on board and promised to buy a heifer for the family. 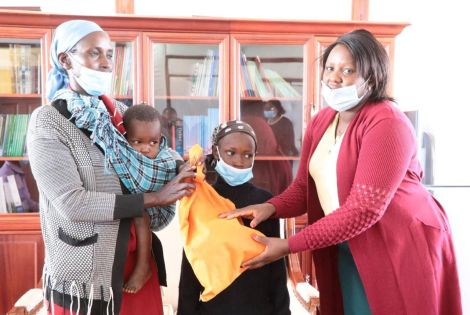 The governor also emphasized the crucial role culture played in the society and set up a culture commission to spearhead development and promotion of culture.

In partnership with the Kenya Film Commission, Barchok promised to construct a film and art theater in Bomet in order to nurture talent.

Barchok also promised to nature the talents in the county by doing everything in his capacity to support them and help build their future.

Uhuru to Kenyan men: Take time during this pandemic to know your wife better

Who is General Robert Kariuki Kibochi?