The court on Monday, June 29, allowed the Assets Recovery Agency to investigate Kiunjuri’s bank accounts over the money laundering case.

“That the honourable court be pleased to issue orders to investigate and inspect the books of accounts related to the following bank accounts in the name of Mwangi Kiunjuri and any other account,” ARA wrote in a petition to the court. 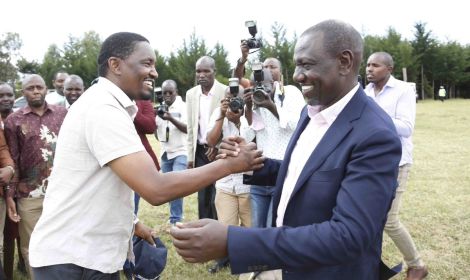 The bank will have to provide transaction evidence from as far as January 1, 2014. Kiunjuri’s net worth is pegged at Ksh800 million.

Kiunjuri is suspected to have collaborated with Gachagua in fraudulent payments when he was the Agriculture CS.

The MP reportedly received money from the National Irrigation Board which was domiciled in Kiunjuri’s docket.

“There are reasonable grounds to believe that the suspect’s bank accounts were used as conduit of money laundering in efforts to conceal, disguise the nature, source, disposition and movement of the illicit funds and should be preserved,” ARA told the court.

The ARA has already moved to freeze 4 bank accounts belonging to the Mathira MP.

The fourth account is registered in the name of Jenne Enterprises and allegedly has Ksh1,138,142.

“That within the said period, there were massive suspicious cash withdrawals, transfers, inter and intra-bank transfers from other accounts to the accounts under investigations and other bank accounts owned by Gachagua in suspicious complex money-laundering schemes,” the ARA argued. 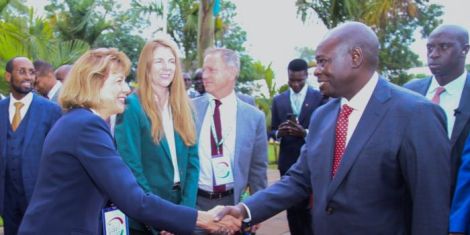 Down, not out! Mulamwah buys bike to replace stolen one

Tanasha Donna Gets Saved after Breaking up with Platinumz!