Kenyans in various parts of the country experiencing wet weather will have to bear it for two more months, the Kenya Meteorological Department warned.

According to a weather forecast released on Tuesday, September 8, the wet weather is expected to continue through the month of October and peak in November. 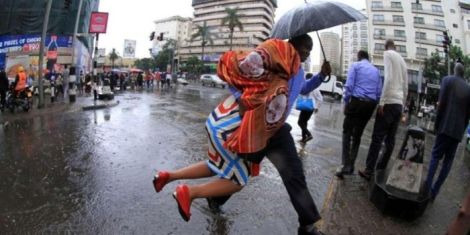 “Occasional light morning showers are expected along the Coastal Strip while the Highlands East of the Rift Valley (including Nairobi County) are likely to experience occasional afternoon showers and cloudy conditions especially at the beginning of the month,” the department explained.

In comparison, the short rains in 2020 are lower in quantity than past years.

“The distribution of the rainfall in time and space is expected to be generally poor over several areas especially during the month of October and the peak month of November,” Kenya Met added.

In the month of December, sunny and dry conditions are expected to prevail over several places in the country as the cessation begins.

The government has urged farmers to use the forecast to prepare what crops to grow on their farms for maximum advantage.

The farming communities have been urged to liaise with the State Department of Agriculture for advice on the appropriate seeds to plant.

In areas where the rainfall is expected to be depressed, farmers are also advised to liaise with the State Department of Agriculture to get advice on appropriate crops that are drought resistant in order to make the best use of the anticipated poor rainfall performance. 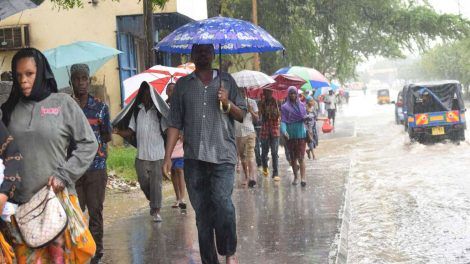 Mombasa residents walk to work in the rain