• ‘I got a problem that made one of my eyes blind’. – Vanessa Mdee 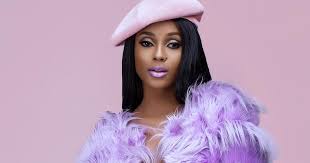 Tanzanian singer Vanessa Mdee has for the first time opened up on being blind in one eye.

In an Instagram video, Vanessa said the condition developed some time back.

Diana Marua reveals why she almost broke up with Bahati

“I got a problem that made one of my eyes blind. For some time, I have been using one eye, the other is blind,“ she said.

Fans empathised with her as some used to question her eyesight without knowing what was ailing her.

Vanessa has been living in Atlanta with her boyfriend Rotimi and was proposed to in December last year.

‘I no longer own my personal life,’ – Brian Ogana a.k.a Luwi on regrets

Diamond explains why he cheated on Zari!