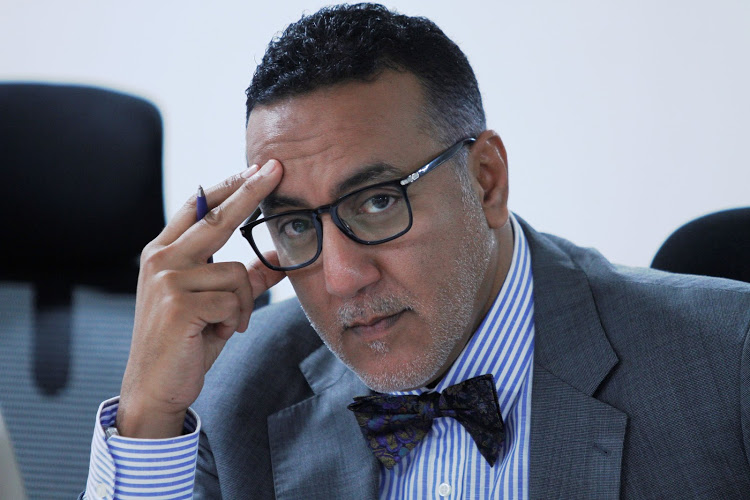 Two state agencies are complicit in the encroachment of Nairobi National Park by Grain Bulk Handlers Ltd and Compact FTZ Ltd, according to documents in our possession.

The documents show that the Kenya Wildlife Service and the Kenya Railways Corporation were aware of the construction of godowns and warehouses between the Standard Gauge Railway and the Nairobi National Park.

Balala had stated: “Any attempt to tamper with the designated boundaries or areas will be dealt with firmly, as per the Wildlife Conservation and Management Act, 2013.”

On July, 12, 2019, technical officers and the management of the park toured the site to appraise themselves on the happenings at the eastern boundary of the facility for appropriate recommendations.

The team was, in particular, to consider a request by Grain Bulk Handlers Limited to straighten the fence, knowing that doing so would interfere with the park’s land.

According to the team, the boundary demarcated was not in contention as a survey had jointly been conducted by KWS and KRC in May 2019.

The team found that Grain Bulk Handlers Ltd and Compact FTZ Ltd had encroached on the park by 5.7 acres.

“The developers leased the land bordering the park from KRC and that prior to construction KRC had marked the project area to them erroneously including park land,” the team established and pointed an accusing finger at KRC for misleading the developers by using the park’s electric fence as the boundary.

Accordingto the team, Compact FTZ Ltd had stopped the construction of a wall, which had been set out using the erroneous boundary details to align with the park boundary as marked during the boundary survey by KWS and KRC.

However, the developer resumed the construction of reinforced concrete ground beam along the wildlife park fence.

A foreman informed the team that Compact FTZ Ltd had issued instructions that the construction of the wall should go on.

The construction of the container depot is ongoing. Compact tried to align their works within the KRC land. It still uses the encroached park area as a road.

The company excavated the entire area up to, and including part of the encroached land between the park boundary and the wildlife barrier.

“The 9-metre road reserve for the service road to the container depot is right within the park. The developer has prepared the road up to the sub-grade level although works on this part of the development were on hold save for the boundary wall,” team reported.

The Grain Bulk Handlers Limited is erecting 24 silos and shared with the team its development design of three rows with eight silos each.

“The team observed that two of the already developed conveyor belt maintenance entrances are partially encroaching on the park by three metres in addition to a 9-metre service road and a 1-metre space required for drainage works.

“In total, there would be a 13-metre width encroachment of the park,” the report shows.

At the time of the visit, GBHL had also erected formwork for laying a concrete slab which would encroach on the park by three metres.

The entire area of the GBHL project has been excavated, backfilled and sub-grade prepared to receive sub-base layer for the service road and blinding layer for the third row of the silos.

The developer has also stockpiled gravel and hardcore concrete on the site.

These materials were stock piled within the 13-metre wide encroached section of the park.

The developer has completed the construction of the three conveyor tunnels and sub-structural works for the two rows of the silos.

Excavation works for the pit was ongoing at the time of the visit.

The KWS team engaged GBHL and advised that it re-designs its plans so that the silos don’t encroach on the park.

The team said the concern of the service road had been suggested that it could be escalated to management and Board of Trustees for consideration.

The team recommended that any negotiations on the matter should be between KWS and KRC since KRC has encroached on wildlife parastatal’s land.

“Engaging these two developers is not procedural as KWS did not enter into any agreement with them.”

The team said KWS was to inform KRC that its clients had encroached on the park and advise them to restrict their work within KRC land and promptly stop further works on encroached park area.

“The option of considering giving the developers right of use to the park land as per their request is not possible since they are private developers unlike previous developments (Southern By-pass, SGR and ICD Road 2A) as these were public utility infrastructure projects involving compulsory land acquisition under the Land Act,” the team said.

It recommended that the park electric fence be re-aligned to the jointly demarcated park boundary and the maintenance of the same to be done from inside the park.

Also the construction details of the respective facilities’ walls and the wildlife barrier electric fence along the established park boundary should be provided for approval prior to construction of such walls.

Rangers should be deployed on the encroached area to ensure no further encroachment happens.

The team said acceding to KRC tenants’ request will set precedence and thus jeopardise the integrity of the park, considering that the general encroached park area is a territorial site for black rhinos.

The team said that if a service road was to be considered for these facilities, it would be for restricted usage.

Turkana Governor Asks Residents to Use Cow Urine as Sanitiser

‘I love to give more than I did,’ Sonko pens emotional letter late wife