Obure addressed the issue while appearing before the National Assembly Health Committee on Thursday, September 3.

The issue sparked outrage as the Ministry of Health officials were accused of selling the donations as part of their plot to embezzle Covid-19 funds.

Obure, however, clarified that 21 packages of assorted medical supplies did not reach Nairobi from Ethiopia.  Five other consignments were received and stored in Kenya Medical Supplies Agency warehouses in Nairobi. 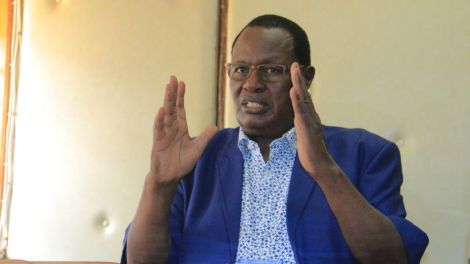 “We received what we received in the manner in which it was packaged and dispatched from the source (Jack Ma Foundation (China). Am not aware if there was any repackaging in Addis Ababa.

“The 21 packages were missing after we verified with the parking documents from China. We realized that 21 packages were short delivered, I assure you we will continue to pursue the matter with the Ministry of Health to ensure they are delivered,” Obure stated.

He added that MoH had reached out to Ethiopian authorities who were investigating the matter.

The CAS nonetheless distanced himself and his ministry from the scandal which saw President Uhuru Kenyatta issue two directives to investigating agencies and Health CS Mutahi Kagwe.

Kenyatta ordered the Directorate of Criminal Investigation and the Ethics and Anti Corruption Commission to table a report on the KEMSA scandal in 30 days. Kagwe was also given 21 days to table his report.

“My ministry’s role was to clear the goods at JKIA. Administratively we are in charge of the clearing agency. The matter is in the hands of MoH & Foreign Affairs. Again, the government clearing agency has been moved to the Treasury and as a ministry, we now have no stand in this matter,” Obure argued.

Earlier reports alleged that the Jack Ma donations were stolen and sold to MoH at inflated prices. 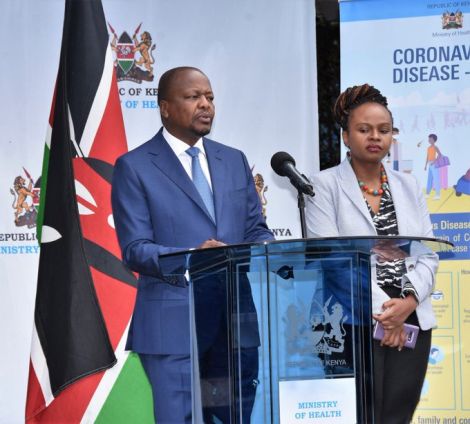 Raila Flown to Dubai for Back Surgery

COVID-19 patient at Mbagathi speaks out on conditions in quarantine