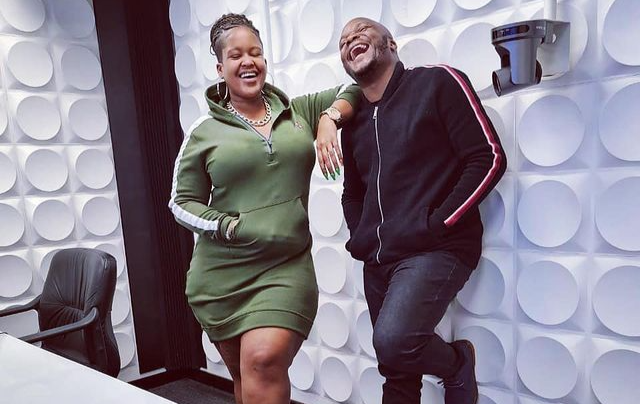 Kiss Fm radio host Kamene Goro has called out Kenyan women for acting too cheap and desperate during the World Safari Rally Championships over the weekend.

According to Kamene, what she saw in Naivasha left her feeling sorry at how low most women would go just to please a man.

Speaking during the Morning Kiss, she said,

”I went to Naivasha this weekend just to spectate and have fun.

So I was just chilling with a friend of mine, but I noticed he was acting weird because despite the fact that we are friends he does not give me such attention like he was doing.

”The two women met and they were not happy about how things were unfolding, so he chose to come and ‘hide’ where I was coz the ladies fear me.

I saw a drop in values, morals, self-love. There was constant beef between chicks because of guys. I also saw a lady trying to solicit for Gin from a guy.”

Teacher Moves Inside School Room After Landlord Ejects Him

Exclusive! KCB On Spot For another Insider Fraud.

Kikuyu Mugithi star Mighty Salim to be buried next week