Speaking to Tmz.co.ke after Minority Whip Junet Mohamed made the announcement kicking out nine legislators from various committees, Osoro stated that he would not be cowed by the decision to remove him.

“I will not beg Raila Odinga, he is not God. I will not be like Narok Senator Ledama and swear my loyalty to him,” he affirmed.

The Kenya National Congress legislator revealed that the announcement did not bear any weight as his party did not have a formal coalition agreement with ODM. 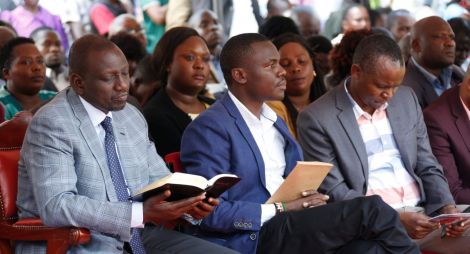 “ODM and KNC don’t have a coalition agreement so Junet can’t remove me. We shall square it out in the house but let them feel powerful now,” he added.

Osoro reassured that he was still in Deputy President William Ruto’s camp stating, “I stand by my principals and that is to support William Ruto.”

The legislator further stated that losing the committee role was of little consequence as members were only entitled to a few privileges including allowances.

“Being a committee member just gives you some privileges, nothing special. We shall still survive as members of parliament and serve our people,” he stated.

The exercise conducted under NASA, saw legislators perceived to be rebels ejected. The biggest casualty was Malindi MP Aisha Jumwa who was removed from the Parliamentary Service Commission.

Kiminini MP Chris Wamalwa from Ford Kenya was ousted as the Deputy Minority Whip and was replaced by Tongaren MP Eseli Simiyu from the same party.

In a statement explaining the changes, Junet Mohamed stated that coalition discipline is non-negotiable adding that there was need to end the culture of leaders benefiting from the strength and support of the coalition and later on go to sabotage the outfit.

“We wish to state that the changes we’ve made today are not unique. These are normal changes we make on a needs basis to improve service delivery to the people of Kenya. It is therefore important to understand that these changes are not meant to punish anyone.

“Parliament is a House of political parties and coalitions of parties. Party Cohesion and Discipline are therefore critical to the proper conduct of parliamentary business,” he stated. 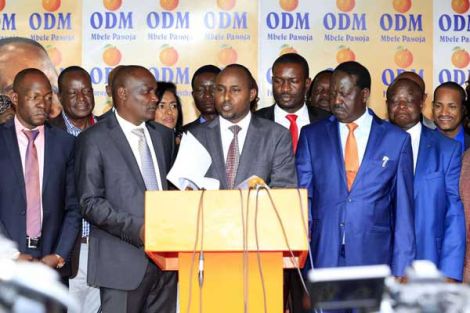 Check out the 9 million machine Khaligraph Jones is riding – Photos