The National Treasury on Friday, December 18, released Ksh 93 million to the Independent Electoral and Boundaries Commission (IEBC) for the verification of Building Bridges Initiative (BBI) signatures.

The commission had requested Ksh 241 million adding that they would not proceed until Treasury released the funds.

Treasury CS Ukur Yatani noted that the amount was enough for the verification process.

IEBC Chairperson Wafula Chebukati at the commission’s office at Anniversary Towers in Nairobi in June 2017.
TWITTER

IEBC Chair Wafula Chebukati had pointed out that the Ksh 241 million budget was to be used to hire and train clerks meant to verify the signatures.

He noted that the process would take 85 days.

The signatures will be verified according to counties, constituencies, wards down to the polling station level. The arrangement was meant to help easily identify the registered voters in the area by matching each signature with their identification cards.

Once the verification process is completed by the IEBC, the draft bill will be taken to the 47 counties for Members of County Assemblies to review it.

It will then be passed through the two houses; National Parliament and the Senate. Soon afterward, a date will be set for a referendum.

ODM Party Leader and BBI frontier Raila Odinga, in a past interview, castigated IEBC for demanding KSh 241 million for the exercise.

“They are in office and earning a salary every month, but elections are every five years, so what is it they do in the office every day?

“Why do they need money to verify a signature? They need to use what they have,” Raila stated. 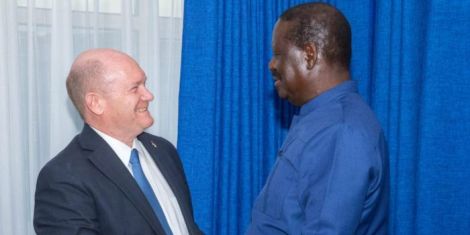