Skip to content
News Politics
June 27, 2020June 27, 2020 tmz editor
Kirinyaga Governor Anne Waiguru appears before the Senate in June 2020
As the country grapples with the Covid-19 pandemic, political wrangles across different divides have seen the number of impeachment motions rise.

This, as political leaders seek to garner favour with the electorate ahead of the 2022 General Elections.

Here are four leaders who have faced ousters and the allegations lodged against them. 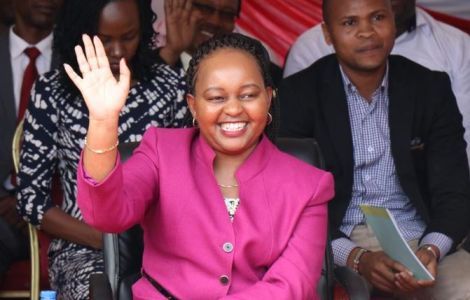 The Kirinyaga County Assembly voted on  Tuesday, June 9, to impeached Governor Anne Waiguru with 23 ward representatives supporting the motion anchored on violation of the Constitution, abuse of office and gross misconduct. Four MCAs abstained and six of the 33 ward reps were absent.

The County Assembly Speaker Anthony Gathumbi announced the vote to remove Waiguru in the Tuesday session as dissenters were expelled from the House.

“I can confirm that the vote has met the two-thirds requirement to decide on this question,” he said.

She was however cleared on Friday, June 27 after the 11- member Senate committee found that two charges against the governor including gross violation of the constitution and abuse of office and gross misconduct were not substantiated.

Kirinyaga MCA’s had accused Waiguru of failing to deliver the annual state of the county address for the Financial year 2018/2019 to the County Assembly.

The MCA’s also faulted her for undermining their authority in addition to violating the Public Procurement and Asset Disposal Act, 2015 and the Public Finance Management Act, 2012.

Waiguru was also on the spot for violation of section 46 of the Public Procurement and Asset Disposal Act, 20 as well as bestowing a benefit to a public officer.

These are among a number of allegations the Kirinyaga Governor was accused of. 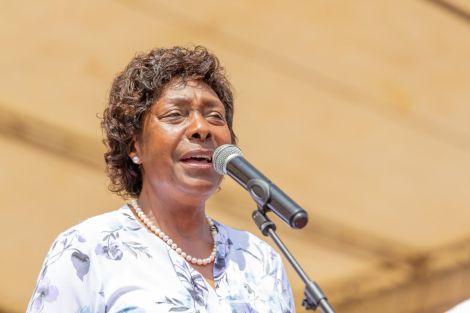 Early this month, 40 MCAs out of 56 sought to oust Governor Ngilu in a signed impeachment motion dubbed “the removal of Hon Charity Ngilu from the office of the governor by impeachment”

In the motion presented to the speaker by Majority Leader in the Assembly Peter Kilonzo, MCAs wanted to eject the governor on allegations of violating the constitution and provisions of the County Government Act, abuse of office and failure to account for public funds.

The also MCAs faulted the governor for not complying with the two-thirds gender rule in the appointments of Members of the County Executive Committee.

However, High Court on Friday, June 26, temporarily barred Kitui MCAs from tabling or debating an impeachment motion against the county boss until the case she filed is heard and determined.

Locals also had until Friday, June 26 to present their views regarding the impeachment motion. 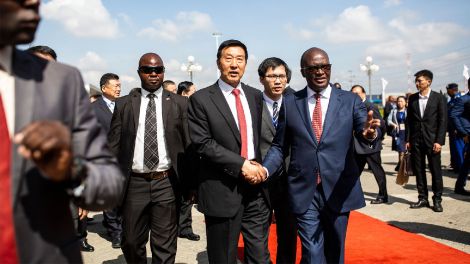 The motion to impeach CS Macharia was primarily driven by MP Mohammed Ali’s opposition to the state directive that all cargo imported through Mombasa be hauled via Standard Gauge Railway (SGR) to the Naivasha Inland Container Depot (ICD).

The disgruntled legislator levelled five allegations against the CS; and accused him of involvement in mega-graft scandals during his time at the Ministry of Health.

Ali also accused Macharia of presiding over stalled development and infrastructure projects worth hundreds of millions across the country.

Macharia was also faulted for allegedly failing to involve stakeholders or undertake public consultations when he made the decision on hauling cargo to Naivasha from Mombasa. 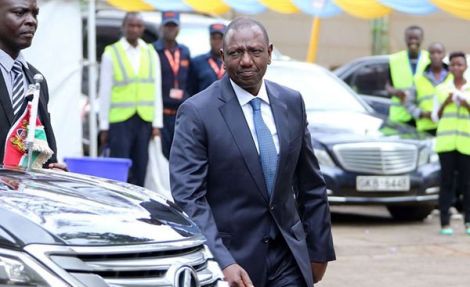 Waruguru argued that the DP was running a parallel government to undermine that of President Uhuru Kenyatta.

“We elected HE Uhuru, not Ruto. With ur Asili shenanigans you have just asked for impeachment and you’ll be served the impeachment hot,” she warned.

Devolution Cabinet Secretary Eugene Wamalwa has raised concerns over the skyrocketing impeachment motions against Governors orchestrated by Members of the County Assembly(MCAs), especially during the Covid-19 pandemic.

“There is a trend that is happening in our country. It has become very fashionable now to impeach governors and we see more impeachment motions coming; we know there is one that the Senate has determined, that of Kirinyaga. We are being told that there is another one in Kitui, ingine sijui wapi?” the CS lamented.