Photos of the office show influences from US President’s Oval Office at the White House.

The first thing you would notice upon entering is the all-white interior which resembles the Oval Office. However, the White House administration keeps changing the paint and drapes to suit different seasons or the president’s preference. 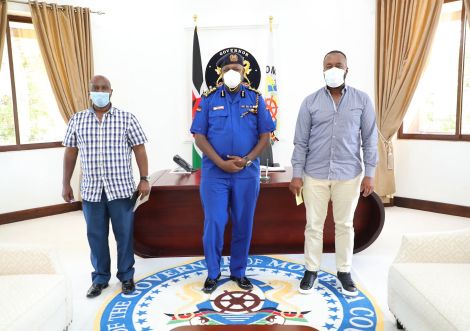 Joho also plastered his government’s seal on the office carpet just in front of his exquisite wooden desk. 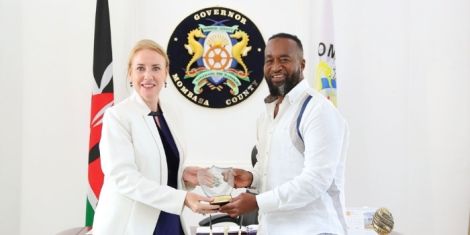 The seal, which can also be found behind the governor’s chair and on official documents, is a symbol of authority and executive power.

Just after the seal on the floor is a sitting area with well-padded sofas facing each other and a coffee table between them.

The area can comfortably host a delegation of more than six people and has additional armchairs.

Behind the governor’s desk is two flags, one of the Republic of Kenya and the other of the County Government of Mombasa.

The Oval Office also features the US flag and the president’s flag. 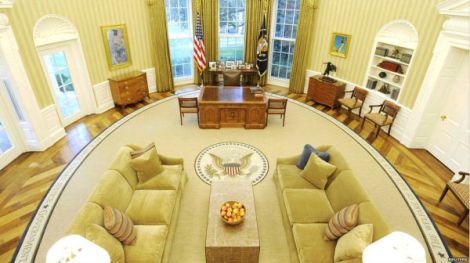 Just like the US president, Joho has several exits to his office for security reasons,

Since the governor is serving his last term as the county boss, it will be interesting to see whether his successor will maintain the decor or will change it to suit their personal preferences.

Ruto as Allies Call for Lockdown