Skip to content
Life Style News Politics TOP STORIES
May 18, 2020 admin
Proceedings underway at the Senate during a past session.
The Jubilee Party Senate purge is set to continue into this week with Majority Chief Whip Irungu Kang’ata revealing a plan to oust Deputy Speaker Kithure Kindiki.

The process begins on Monday, May 18 with the drafting of an ouster motion which is set to be tabled in the Senate on Tuesday.

According to reports, Uasin Gishu Senator Margret Kamar is marked to be Kithure Kindiki’s replacement as the Deputy Speaker. 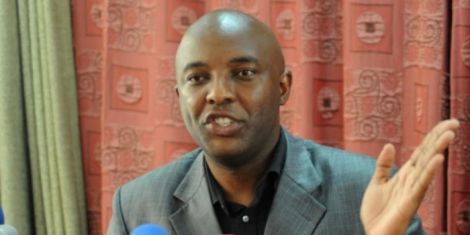 Murang’a Senator Irungu Kang’ata explained the reason behind Kindiki’s ouster from his Deputy Speaker position in the Senate.

“We intend to commence the process to recall the Deputy Speaker of the Senate, Professor Kindiki.

“He was among those Senators who did not attend Parliamentary Group at State House and no reason was given for that none attendance,” noted Kang’ata.

The Majority Chief Whip added that a follow up on why he snubbed the meeting invitation or even a written apology, was not forthcoming.

Also reported to be on the chopping board is Nandi Senator Samson Cherargei as the Chair of the Senate Legal Affairs Committee.

Mandera Senator Mohammed Mahmud is also on the list of those targeted as he occupies the key Finance Committee of the Senate.

Reports indicate that the recall letters are ready for presentation to Senate Speaker Kenneth Lusaka.

Kang’ata noted that reconstituting of the Senate committees will begin on Monday because some Senators have continued to defy the Jubilee Party Leader, President Uhuru Kenyatta in his endeavour to unify the country.