With the Jubilee dramas escalating, Kang’ata first remarks in the Senate were directed towards the fake court orders issued to Senate Speaker Ken Lusaka, suspending the merger between Jubilee and Kanu. 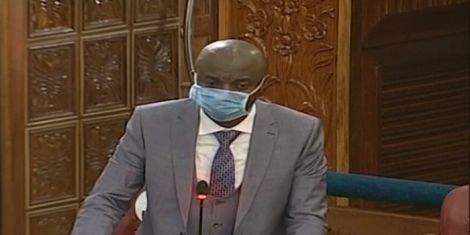 Senate Majority Chief Whip Irungu Kang’ata addresses the Senate on Wednesday, May 13, 2020
“The first issue I will address sir (Deputy Speaker Kithure Kindiki) is regarding a purported court order that was said to have been served to the speaker, injuncting the coalition between Kanu – Jubilee party.

“When I look at the document, this house was not a party to that proceeding and neither the Speaker. I am not sure how this could bind this house,” Kang’ata stated as his colleagues cut him short.

Makueni Senator Mutula Kilonzo condemned the remarks and argued that party politics should not be discussed in Senate sittings.

“The problems in Jubilee affect everyone. But Mr Speaker is it in order for Senator Kang’ata, a distinguished lawyer to bring out the issues in the manner that he has, because they are not part of the communication. Half of us do not know what he is talking about. He also puts you the speaker in a controversial position as he argues that you were served with that letter,” Mutula weighed in.

“I am just wondering, Senator Kang’ata is making reference to court documents which we are privy off, yet you ruled that we do not discuss the issues relating appointments of Kang’ata and Poghisio,” Kitui Senator Enoch Wambua added.

At that juncture, Deputy Speaker Kithure Kindiki who was standing in for Speaker Ken Lusaka criticised Kang’ata with a tongue lashing on how he should handle his role and responsibilities as Majority Chief Whip.

“Senators Kang’ata and Poghisio, the two of you are the greatest beneficiaries of the ruling I made. I offered very good guidance. I expect the aggrieved parties (Murkomen and Kihika) to be the ones raising issues. And I asked you to exercise caution as this seat (Speaker’s) is not personal to Ken Lusaka or whoever sits here. It’s an institutional seat. 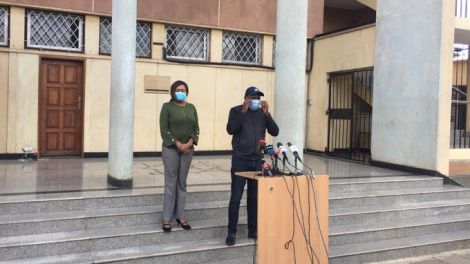 “I said we make observations on the communication of the letter without challenging it. I expected that from Kihika, but she has done much better than what you are doing. If I were you I would not have spoken today, I would have said ‘thank you’ and ‘I will do my job’ and then sit down.

“Why are you introducing extraneous issues? We in Parliament are not directed by any other arm of the government. If the Judiciary wants to present grievances, they know the procedures they have to follow. You cannot come here and argue in favour of the Judiciary,” the Deputy Speaker intervened.

Kang’ata, after coming under fire, issued an apology and lauded Murkomen and Kihika for steering the house.

“Thank you. I apologise and we shall do our best for the house and continue with the work doing by our colleagues.

“I don’t know if I can match her (Kihika) for her shoes are big, but I want to congratulate her and my former classmate, Murkomen. He has been a great leader in this house and it is true he achieved that position by sheer hard work and I have no doubt he will continue serving this house in any position he would get,” Kang’ata added. 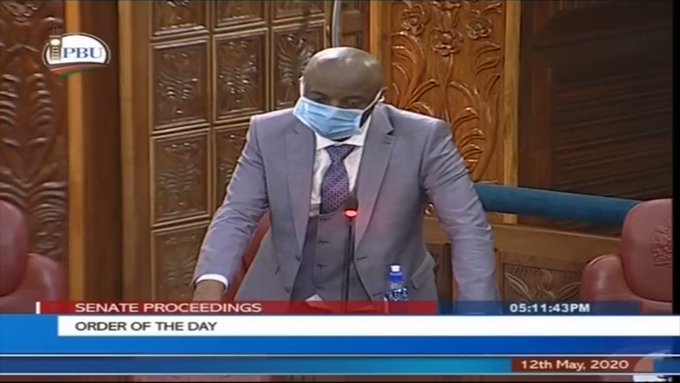 ‘Power is between your legs!’ Akothee advises women after Tanasha “sued” Diamond over child support