It takes the effort of two ex couples to co-parent efficiently. 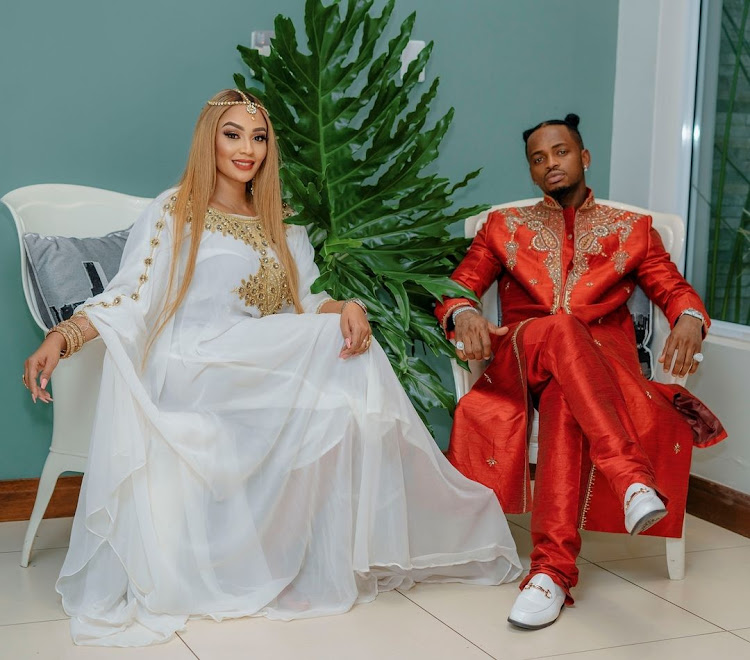 Diamond Platnumz has been seen hanging out with Tiffah and Nillan, leaving his two sons Naseeb and Dylan in the periphery.

Does this mean the singer doesn’t have an equal measure of love for all his children?

Diamond has been making several trips to South Africa to see his two kids but is a no show in Kenya where his son Naseeb Junior stays with his mother Tanasha Donna.

The favouritism of Diamond can also be seen in his mum, Mama Dangote.

The sassy grandma has been flaunting the two children a lot, giving little or no attention to Hamisa and Tanasha’s kids.

But should we blame it all on Diamond Platnumz?

It takes the effort of two ex-couples to co-parent efficiently.

This means that we could be judging Simba wrongly, yet his other baby mamas do not want him to see the kids.

For Hamisa Mobeto, she has made it clear that Diamond sees his son, alone, at his house.

But this either happens on rare occasions or the two have chosen to keep it a secret.

On the other hand, Tanasha Donna has given hints that she doesn’t see eye to eye with her baby daddy.

Two months ago, Tanasha publicly declared that she is a single mother.