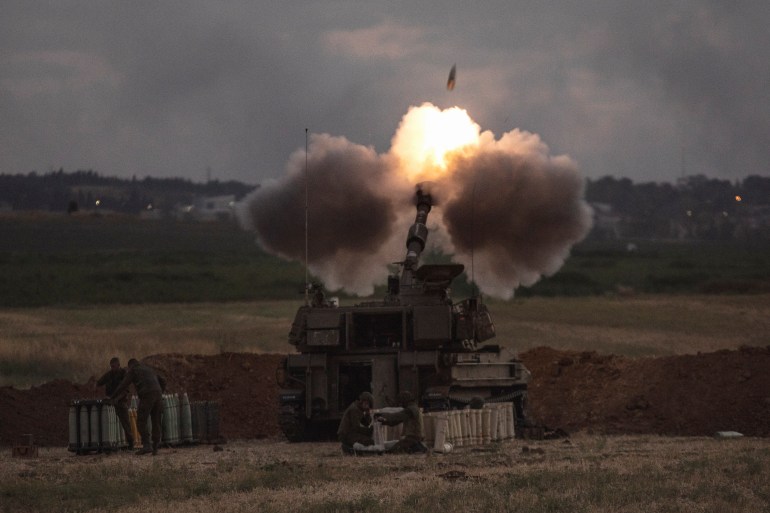 While Benjamin Netanyahu has managed to stay in power to this point, corruption charges and his repeated failure to form a stable and reliable coalition government appeared to signal the end of his reign.

However, the newly erupted conflict with the Palestinians may have opened yet another path for Netanyahu and his quest to remain Israel’s longest-serving prime minister, analysts say.

Even prior to the election, Netanyahu lost the support of the Israeli people for various reasons, according to Micheline Ishay, director of the human rights programme at the University of Denver.

“Netanyahu’s popularity has waned and the people are tired of inconclusive elections. Likud dropped from 36 seats in March 2020 to 30 in March 2021,” Ishay told Al Jazeera. “Netanyahu’s relentless efforts to avoid prosecution, the split of right-wing parties, and a lingering pandemic have contributed to widespread disenchantment.”

But the conflict with the Palestinians has decreased public resentment against Netanyahu, she added.

“His popularity will undoubtedly rise among some citizens as a result of this escalation with Gaza. Under fire and in war situations, people tend to rally behind the existing government, fearing both rockets and internal threats. In this sense the current crisis is strengthening Netanyahu’s political designs,” Ishay said.

Nonetheless, Ishay said she does not believe that Netanyahu supported the conflict out of political calculation, despite the apparent link to violence against the Palestinians.

“Netanyahu allowed, even nurtured, domestic provocations through the Kahanists in Jerusalem, the planned confiscation of Arab property in Sheikh Jarrah, the fencing off of the Damascus Gate during Ramadan, and the police action at Al-Aqsa.

“However, it is unclear that he would have anticipated, let alone wished for, the response from Hamas. Irrespective of intention, the war benefits both Hamas and the Likud, at least in the short term,” Ishay added.

However, it is not merely public perception that the conflict might have shifted in Netanyahu’s favour over these past days.

For one, a broad coalition against Netanyahu, as Yesh Atid had hoped for, became more uncertain than ever once Naftali Bennett stated his Yamina party would cease talks with Lapid and seek a broader unity government with Netanyahu and Likud instead. It was in the country’s interest in times of crisis, Bennett opined.

The sudden reconciliation between Netanyahu and Bennett may come as a surprise but make sense politically.

After all, Netanyahu and Bennett share an ideology, and both had advocated for the unilateral annexation of portions of the West Bank, Ishay said, while the implications are beneficial for the prime minister.

“By prioritizing his perceptions of national threats over his political differences with Netanyahu, Bennett could revive the Likud coalition and greatly weaken any anti-Netanyahu bloc,” said Ishay.

However, Bennett was also cognizant of how the current crises impacted negotiations that were advanced to the point that ministerial posts had already been allocated in the “change bloc“.To obtain the necessary majority, the coalition needed to include the votes of Palestinian citizens of Israel in the Knesset. In view of the unrest between Israeli Jews and Palestinian citizens of Israel, such a scenario has become inconceivable, with both Arab parties essentially being put in a position in which they cannot support an Israeli government that includes right-wing forces.

The primary example is Mansour Abbas, leader of the United Arab List (UAL), who had agreed to support the government of Lapid and Bennett. Given the armed conflict in Gaza, however, UAL withdrew from the coalition talks.

Bennett’s call for the deployment of the Israeli army in places inhabited by Palestinians in Israel made it impossible for the United Arab List, also known as Raam, to support this policy, noted Ishay.

“Bennett apparently suggested that the Israeli Defense Force actions against Gaza and police enforcement against Palestinian unrest could not be directed by a government that included the Arab Joint List. This suggests that Arab Israelis can never be part of a government except during peace,” she said.

“Although one can conceive of a Raam-supported Likud-Bennett government, I consider that extremely unlikely. However, the strategic importance of Arab political parties in coalition negotiations is here to stay,” he said.

“Although Netanyahu may want direct elections for prime minister, depending on how those elections are organised, that could also give the Joint List and Raam bargaining power over the question of whether or not they would run candidates for prime minister or unite behind a ‘change bloc’ candidate.”

Benett’s decision to re-enter talks with Netanyahu, meanwhile, could help Likud moving forward and will arguably come at a price for Bennett, said Lustick.

“It opens up possibilities for Likud to expand by absorbing elements in Bennett’s Yamina who were ready to abandon him if he stuck with Lapid. Even if Bennett gets a prestigious post in a future Netanyahu government, his political reputation for independence and integrity will have been dealt a serious blow.”

Meanwhile, Lapid is not inclined to succumb to the rather hopeless circumstances.

“Bennett is wrong,” said Lapid, who promised to turn every stone to form a government without Netanyahu, adding it was not worth working with someone who is responsible for the current situation. But his determination is unlikely to make a difference.

For Netanyahu, the Gaza conflict has provided him with yet another opportunity, said Lustick

“Netanyahu was on the verge of losing the premiership to an unlikely coalition. However, the crisis, brought on in part by calculated and highly provocative Israeli moves in Jerusalem, destroyed the fragile unity of that coalition.”

Although Netanyahu does not yet possess a majority of his own with Bennett – and without at least one Arab party – Bennett’s defections de facto result in a situation in which a government can no longer be formed against the incumbent prime minister. It makes the fifth election in the autumn even more likely, Lustick argued.

“Although Bennett’s defection back to Netanyahu cannot produce a new Likud-led government, it can and likely will result in new elections.”

Indeed, both Ishay and Lustick concur on the scenario of the fifth election in two-and-a-half years.“At this juncture, a fifth election remains inevitable. Likud may form a short-lived coalition, but their political power will ultimately dwindle after this round of violence,” said Ishay.

“On the other hand, an anti-Netanyahu bloc does not share enough common issues beyond the removal of the current leadership to sustain a new coalition. One can only hope that fatigue from the pandemic, repeated elections, and now war will ultimately foster peace negotiations. A government that is willing to address the Palestinian question seriously will have more staying power.”

“If Lapid fails, then the Knesset itself will be given a chance to form a government. That will almost certainly fail.”

However, he also acknowledged the situation has become even more unpredictable.

“The question is what sort of elections will then be held: Knesset elections, elections for prime minister, or both? The uncertainties and the complex calculations associated with such a dynamic situation as we have entered, and the relatively new phenomenon of Arab participation in coalition negotiations, hold out interesting and difficult-to-predict possibilities for the aftermath of these elections,” said Lustik.

However, the implications of the conflict go even further, Lustick said. With or without votes, Palestinians from the river to the sea are part of the Israeli political system.

“Whether their impact on that system is delivered via voting, coalition bargaining, political mobilization, protests, or violence, they will have an increasing impact,” he said.

It is a dynamic Netanyahu will have to account for if he seeks to achieve his objectives, whether he likes it or not.

In the meantime – irrespective of whether a new coalition can be facilitated now or during a fifth election – Netanyahu’s prospects of remaining prime minister have certainly increased over the past week, the analysts said.

Clement Maosa On How Close He Got To His Childhood Dreams

10 Ways To Reward Yourself As A Business Owner