He was as an unorthodox as they come, how else would you explain the fact that he is one of the very few male artists who had more male followers than female fans?

In their defence, the ladies may have decided to steer clear of Wayuni after he released his controversial Airìtu a Ruiru (Ruiru Girls) hit-song that described the women of Ruiru town as man-eaters.

“They have a habit of eating meat before it is even placed on the roasting grills or long before a fire has been lit,” reads a loose translation of the hit song.

However, he once revealed that his music came from personal experiences and that he had nothing against women in general, but rather the specific ones who he felt were evil to the core.

Uknown to most, in 2009 Wayuni was actually working as an assistant commissioner at the Kenya Revenue Authority (KRA) in charge of policy formulation.

“My work was to draw up, implement and effect all policies related to tax regimes,” he revealed during a past interview.

“It is all about separating the two and allocating my employer full hours before venturing into my other life,” he added responding to whether his day job conflicted with the rigorous demands that come with the music business.

Interestingly, he also ended up serving at KRA with his greatest musical influence and mentor, CDM Kiratu.

“It was Kiratu who played the pivotal role of honing my musical skills and, coincidentally, I was to later work with him at the KRA,” the benga maestro once revealed.

Having discovered his rare gift at the tender age of 10, Jimmy Wayuni immediately went about honing his craft by joining the church choir and enrolling in as many school music competitions as he possibly could.

1975 to 1985 can be described as the golden decade when it comes to the Kikuyu music scene. This was the period when some of the greats burst into the scene.

The likes of Simon Kihara alias Musaimo, the late John De’mathew as well as John Ndichu and his brother Joseph Wamumbe to name but a few.

It was during this same era that the late Wayuni also threw his hat into the ring in a band dubbed Kuhurika Brothers, with his first-ever recording being Kairitu Roiko back in 1978.

There were no USB sticks or even Compact Discs (CDs) at the time, all his music was recorded on vinyl discs, a true son of a forgotten era.

His music opened him up to the entire world.

Wayuni’s gift for the arts was undeniable that in 2007, he was flown to America for the New York Film Academy where he was part of an elite group of artists that were taken through a film workshop at Disney-MGM Studios.

Wayuni’s tragic demise has robbed the country of an icon of his time, a Hall of Famer and a truly gifted musician, who in his later years dedicated himself to moulding younger artists to grow their careers. 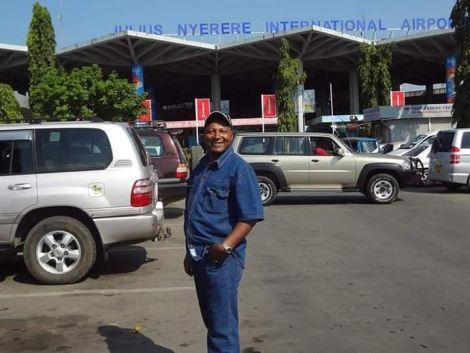