Digital Strategist Dennis Itumbi, associated with Deputy President William Ruto’s Tanga Tanga faction of the ruling party, was the first to share images taken from what he called the Jubilee Asili Centre.

The outfit’s logo features a striking resemblance to the Jubilee Party logo, with the clasped hands symbol retained and the corresponding font type.

Itumbi went on to claim that on the afternoon of Thursday, June 18, Ruto met his allies who were recently removed from leadership positions in Parliament at the Jubilee Asili centre. Emmanuel Talam, the Deputy President’s Communication Director, was yet to respond to queries made by Tmz.co.ke on the alleged meeting by the time of publication. 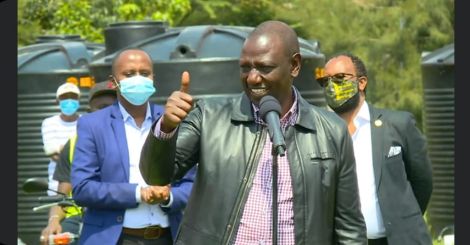 Itumbi had characterised the unveiling of Jubilee Asili as a new era for members of the Jubilee Party who have generally questioned the decisions of Secretary-General Raphael Tuju and Vice-Chairman David Murathe.

“Message – Let us now play our role on other matters now that you are free of Parliamentary leadership responsibilities. Move from boardrooms and interact with the Hustler Nation,” Itumbi wrote.

Earlier in the day, Ruto had toured Dagoretti in Nairobi where he interacted with leaders of various youth groups and donated equipment to help them engage in various businesses during Covid-19.

Allies of the Deputy President including Senators Kipchumba Murkomen, Susan Kihika, Kithure Kindiki and MPs Benjamin Washiali and Cecily Mbarire have all been ousted from key house leadership positions as part of a ruthless purge in Jubilee.

The party has also signed agreements with Wiper, CCM and the Kenya African National Union (KANU) helping shore up its numbers in Parliament.

This is in addition to the continued support from the Raila Odinga-led Orange Democratic Movement (ODM) since the March 9, 2018, handshake between him and President Uhuru Kenyatta.

Proponents of the purge in Jubilee have accused Ruto’s allies of shifting focus away from the President’s development agenda and push for reforms through the Building Bridges Initiative (BBI).

Analysts have argued that the move to sign agreements with various parties is meant to ensure the smooth passage of various motions related to the President’s agenda. 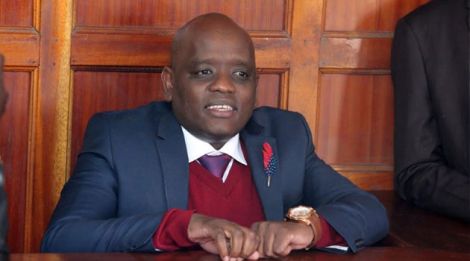