The team was selected by over 30 Mt Kenya MPs during a meeting held at the Thika Greens Golf Resort in Murang’a County. 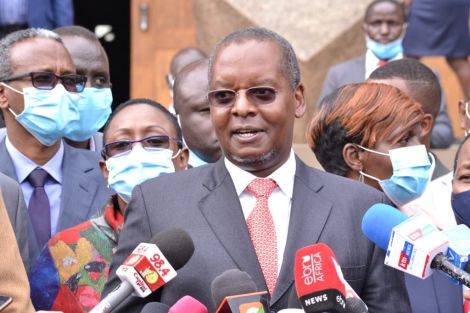 The legislators noted that the BBI initiative would resolve pertinent issues facing the country.

“Failure to pass the BBI would portend a bleak future. It will mean continued unfair representation and economic deprecation of our region,” the MPs said.

The meeting was chaired by National Assembly Majority Leader Amos Kimunya who noted that only a few elected leaders opposed the BBI.

“Out of the 91 parliamentary seats just 15 were against the BBI and the rest continue to steer the region and country to a progressive path chartered by the President,” he said.

This comes after a letter, written by Senate Majority Chief Irungu Kang’ata and addressed to President Uhuru Kenyatta went viral.

The leaked letter indicated that the BBI is bound to fail in the Mt Kenya region.

This was recently backed up by a survey by TIFA Research, which revealed that only 29 percent of Kenyans would agree to the initiative if a referendum was to be held today.

President Uhuru Kenyatta, however, during the burial of ANC leader Musalia Mudavadi’s mother, Mama Hannah Atsianzale, dismissed the claims noting that he was still in charge of the government.

“Don’t assume that a lion that has been rained on is a cat. Some people have written letters to me thinking that I don’t know what I am doing. I don’t want to be lectured. I am the President and I am in charge of this government. I know where I am and I know where I am going.” he stated. 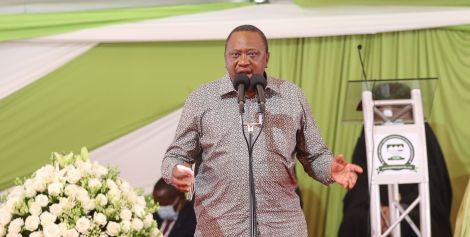