A man who confessed to the heinous murder of his girlfriend Catherine Nyokabi told detectives that he wanted his estranged wife to be present before he made the confession.

The detectives had issued him with the option of contacting a friend or a lawyer before making his admission but he chose his former wife and mother to his five kids.

In her presence, Evans Karani narrated how he had contacted his girlfriend on the fateful day of Wednesday, April 14, and asked to meet so they could sort out an issue that had dragged on for two months. 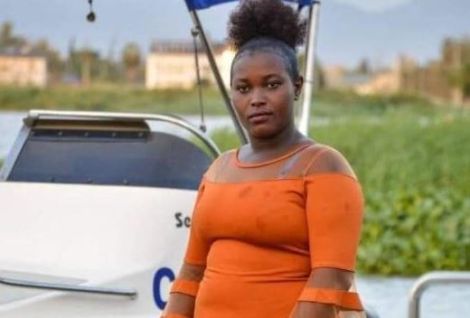 The late Catherine Nyokabi who was found murdered on Wednesday, April 14, 2021.
TWITTER

Karani told Nyokabi that he wanted to take her to her parent’s home in Kirinyaga convincing her that they needed to sort out the issue before the visit.

He bought her drinks to impair her judgement and when they got to Mang’u High School, he took another route leading to Tola estate where the he strangled her using a belt.

Karani confessed to torturing his girlfriend before she died by pulling her hair, stabbing her and dousing her body in acid.

In an attempt to conceal evidence, he dragged the body 50 metres from the car and tried to cover it with mud in the hope that it would be eaten by wild animals.

At this time, his vehicle was stuck in the mud. He left the scene and went to his shelter at his friend’s place in Githurai where detectives arrested him from on Friday, April 16.

After his confession, Karani’s estranged wife is said to have turned to the detectives and stated that it could not be true.

“I know him, he cannot hurt a fly,” Daily Nation reported.

However, Karani, who suspected that his girlfriend was seeing another man, indicated that he loved her too much and could not bear the thought of losing her.

He said that Nyokabi came second to his life after God. 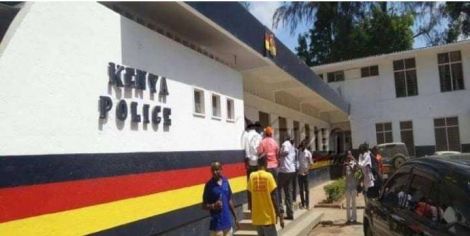 Entrance to a Kenya police station.