The latest development comes amidst claims of a looming Cabinet reshuffle by President Uhuru Kenyatta.

The closed-door affair came just minutes before the press conference that was conducted by Jubilee Party Secretary-General, Raphael Tuju, where the Wiper Party flag was placed right next to the ruling party’s own, symbolising the new pact.

The new deal has been described as a post-election agreement that will see the three parties work together in the run-up to the 2022 General Election.

“We were the first party to have a ‘Handshake’ with Jubilee. We thank Jubilee for going out of their way to work with all leaders. We want a handshake between election competitors to be a norm in Kenya. As CCM, we are for peace,” Isaac Ruto stated following the signing of the new deal.

On May 11, the Wiper Party leader gave the clearest hint yet that he working on a post-election coalition agreement with the ruling party.

“Wiper will be ready to enter into a cooperation agreement with both Kanu and Jubilee when that time comes. We are open to that.

“Wiper had our national executive council meeting virtually and we agreed that we need to open negotiations and be able to move in that direction.

“As Wiper, we are consulting with our coalition partners ODM, ANC, and Ford-Kenya [to] see what we can do. The country needs to come together at this time in order to unite,” Kalonzo explained. 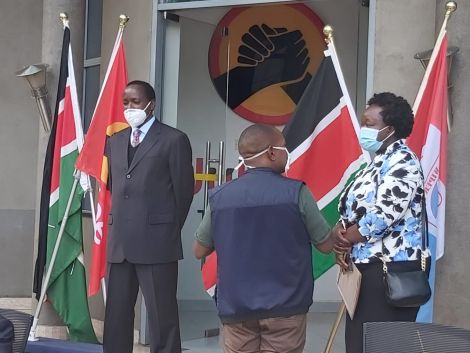