According to Citizen TV, all military barracks across the country have been placed under a restriction of movement to curb the spread of the deadly virus.

Military parades have been scrapped and training put on hold with officers being been barred from leaving the facility and are only being allowed to purchase essentials from military canteens. 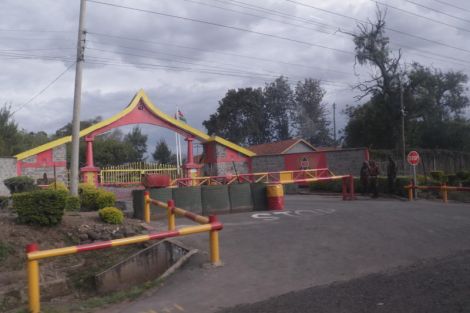 A file image of the Kenya Defense Forces Lanet Barracks gate in Nakuru.

The whole chain of spread started with three military officers at the Embakasi Barracks testing positive to Coronavirus.

KDF acted by moving a number of officers to Kahawa Barracks along Thika Super Highway as a containment measure.

The barracks doors were shut to restrict movement in and out of the barracks except for special cases.

An isolation centre had been placed at Embakasi Barracks for those who turned positive but as numbers grew it was moved to Kabete Barracks which was turned to a treatment centre for all KDF staff.

One KDF officer died and was buried in Olenguruone, Nakuru County while 80 others have reportedly tested positive.

Kahawa Garrison has also been placed under strict surveillance and was placed under partial lockdown after the country started recording a high number of positive cases.

There are concerns about the soldiers having interacted with residents in Kahawa Wendanyi, Kahawa Sukari, Githurai 44 and 45 estates. 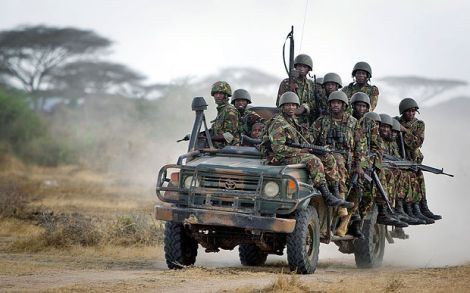 Other containment measures include the provision of sanitisation points across all KDF establishments, conducting mass testing, establishing quarantine areas, conducting routine temperature checks, distribution of face masks, sensitising soldiers on the do’s and don’ts and facilitating the movement for essential tasks or compassionate cases.

8 Photos of Vera Sidika Before Fame and Money