Skip to content
News Politics
August 22, 2020 tmz editor
Deputy President William Ruto views Sergeant Kipyegon Kenei’s Casket during his burial ceremony in Nakuru on Saturday, March 7, 2020.
The father of the late Sergeant Kipyegon Kenei, who worked in Deputy President William Ruto’s office until his death, has made a plea to the government, five months after his death.

In an interview with a local daily on Friday, August 21, John Chesang requested the government to fast track investigations into his son’s death.

“We don’t understand what happened but what we know is that my son never killed himself. He was a vibrant and jovial young man, full of life and with great plans. Whoever killed him will know no peace. 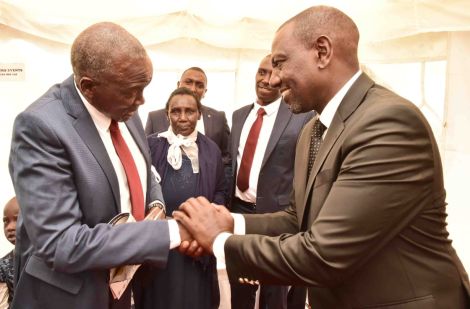 He noted that his son’s death had left the family in pain that would take time to heal.

So far, Chesang noted that the detectives from the Directorate of Criminal Investigation had done a commendable job in trying to piece together what may have led to his son’s death.

Kenei, who was stationed at Deputy President William Ruto’s Harambee Annex office was found dead at his Twiga Courthouse in Imara Daima estate in Nairobi on Thursday, 20 February in the wake of the Ksh39 Billion fake arms scandal, in which former Sports CS Rashid Echesa was implicated.

The sergeant’s post mortem results conducted by government Pathologist Johansen Oduor concluded that Kenei died of trauma from a gunshot wound on the chin.

In March 2020, DCI boss George Kinoti requested the Federal Bureau of Investigations (FBI) in Nairobi to join investigations into Kenei’s death, indicating that the matter had been over-politicised.

Kenei’s father welcomed the idea, stating that the two parties would help nail the case and bring his son’s murderers to book.

“If the DCI joins hands with the FBI, I believe my son’s killers will be found. So far, they have done a good job,” he stated. 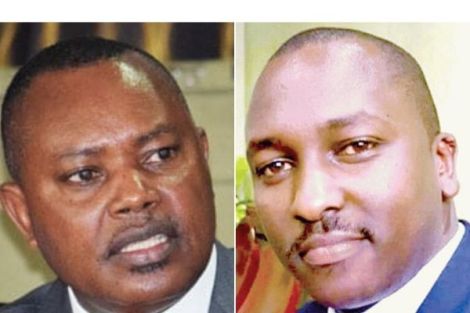