Skip to content
Life Style FEATURED Latest News
May 15, 2020 tmz editor
President Uhuru Kenyatta addressing the nation regarding new measures by the government to combat the Covid-19 virus, on March 25 at Statehouse, Nairobi.
The return of Kenya to the World Rally Championships (WRC) circuit has been pushed to 2021 following an agreement between the Government of Kenya, WRC promoter and the International Automobile Association (FIA).

The decision was reached following sustained discussions between the three entities since March 2020, when Coronavirus was declared a global pandemic.

The pronouncement considered the effect of the virus on global economies, cross border travel, mass social engagements among other health necessitated restrictions. 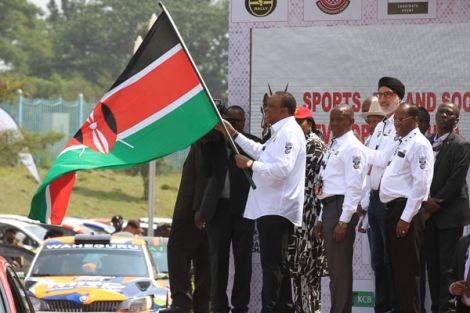 Kenya and other associated partners were determined to host the event after an 18-year break. The event will take place at a date to be announced later.

“We are grateful to the patron, President Uhuru Kenyatta, for his unwavering support and counsel as we deliberated on the next best steps. We also owe exceptional gratitude to the president of the FIA, Mr Jean Todt and the WRC promoter led by Oliver Ciesla for their unyielding support since we commenced engagements to return the Kenya Safari Rally to the WRC Circuit,” Sports CS Amina Mohammed stated.

“We will continue to prepare for the event as groundworks are already in top gear and look forward to welcoming rally professionals, teams and enthusiasts to Kenya when the event is re-convened next year.

“Postponing the event to 2021 was not a simple decision to make, however, we are cognizant of the present global challenges and assure that the Kenya Safari Rally will mark a significant part of our country’s history as we intend for the next three years,” she added.

Sports PS Joe Okudo assured of the ministry’s continued financial support to the project which is a critical aspect of the government’s legacy.

“The coordinating organs responsible for the preparation for the next event are already in place and will continue to work until the event is reconvened,” Okudo stated.

WRC Safari Project CEO Phineas Kimathi assured that the organising teams would continue to work hard in ensuring they deliver a world-class event. She revealed that the Service Park in Nakuru was on road to completion.

“We have completed the event safety plan, itinerary and supplementary regulations all delivered within the given FIA and WRC timelines and will move forward to complete all the requisite arrangements. We encourage the drivers and all the stakeholders to keep in touch with the secretariat as we ready ourselves for the new dates,” Kimathi stated. 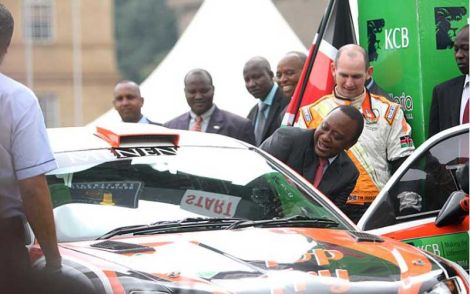