Skip to content
Health Latest News Politics
August 22, 2020 tmz editor
From left: President Uhuru Kenyatta, CS Matiang’i and CS James Macharia
The government is planning to introduce new Covid-19 rules in the realization that the pandemic is likely to stay in the county for a long time.

Transport, Infrastructure, Housing, Urban Development, and Public Works CS James Macharia has appointed a task force to advise and oversee the implementation of measures aimed at mitigating the spread of Covid-19 in markets and maintaining the hygiene of the food supply chain.

Agriculture is the main economic activity in the country and markets are considered high contact zones due to a large number of traders and customers who visit them.

The “Keep Our Markets Open” taskforce is expected to develop a strategy for markets in major urban centers throughout the country in compliance with public health standards.

It is made up of 17 members chaired by Professor Suki Mwendwa, shall have three secretaries and is expected to complete the work in 30 days.

The team shall identify and invite technical experts who will help carry out its mandate.

Views from members of the public and interest groups that promote constructive stakeholder engagement shall be considered.

The task force is expected to submit an interim report to CS Macharia after three weeks and a final report at the end of its term.

The team will help enforce some of the already stipulate measures such as social distancing, creation of handwashing stations, use of masks, and fumigation.

There are two categories of markets in Kenya- those with built-up and well-established infrastructure, particularly those in major cities and towns across the country, and open-air markets including (vibandas) spread across many
rural and urban trading centers.

Whereas the urban-based markets operate daily, most of those in rural trading centres operates once a week except the vibandas. 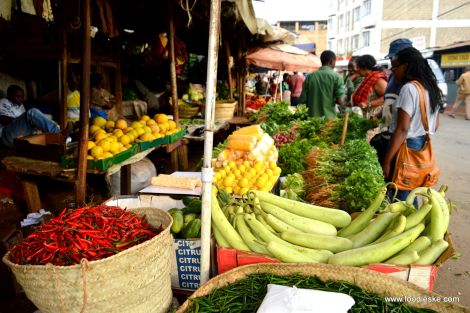