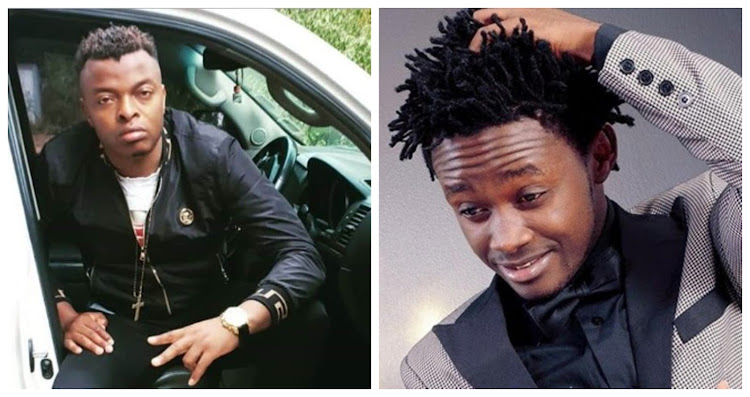 Many Kenyan celebrities have been faking conflicts with each other in order to get the attention of fans.

What follows after the fake fights is a new song.

This behaviour has been so rampant in the Kenyan music industry and it stinks to the core.

Lately, former Gospel singer Bahati pulled the attention of Kenyans towards his music by faking beef with his fellow celebrities.

In his Fikra za Bahati song, the musician dissed a number of celebrities including Sauti Sol, Khaligrap Jones and Octopizzo.

This for sure made Bahati the talk of the town, and when the right level of chaos was on social media spaces, he launched his Album.

A video clip emerged showing 3 policemen arresting Ringtone, who tries to resist. The cops are unrelenting and end up carrying him to the back of their car.

After topping social media trends over the arrest, Ringtone released a new song.

Other than the two, there is suspicion that singer Nyota Ndogo was also faking her disagreement with the dutch husband.

In late April, the coast based songbird came out to state that her husband had cut ties with her after her prank on April fools day.

After a series of romantic messages of desperation online, begging her husband to return, Nyota Ndogo released the ‘Nikimuona’ song.

Weeks after the song, Nyota Ndogo mended fences with her husband, never to be seen begging him online again.

This made many fans conclude that it was a publicity stunt.

But for how long will Kenyan celebrities fake all these dramas in order to get people to listen to their music?

It is high time they trust their skills and creativity. Allow Kenyans to listen to their music because they are worth it, and not forced attention.

Speak for me, defend me! Mwalimu Rachel reveals how ungrateful artistes are

Nigerian star Ketchup on how heartbreak shaped his life