Police in Kericho County are looking for a form three student from Ainamoi Secondary School who pierced a nail into a principal’s head on Wednesday, June 9.

The incident took place at around 6pm after the 18-year-old student took a wooden plank with a projected nail and hit the principal, Geoffrey Rono, on the head.

Following the incident, Rono called for help and the bursar came to his aid. At this point, the student had already fleed from the scene. 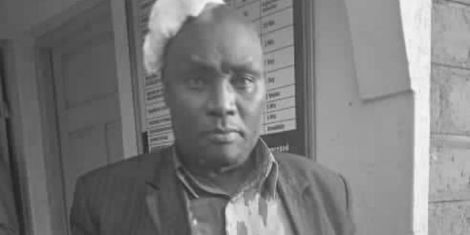 Geoffrey Rono, the principal at Anaimoi school who was injured by a student on Wednesday evening, June 9.
(COURTESY)

Rono was immediately rushed to the hospital where medics managed to stop the bleeding and dress the wound. At around 10pm, he was discharged and is currently recuperating at his home.

Sources told TMZ.co.ke that the melee could be traced to an earlier incident where the principal sent home students who had a school fees arrears including the culprit.

The Kenya Union of Post Primary Education Teachers (KUPPET) representative has since condemned the incident.

The CS stated that corporal punishment could help reduce criminal activities in schools.

“Learners will not commit crimes and walk scot-free. We shall ensure that these situations are neutralised before they escalate. They must be caned and we shall authorise teachers to punish them,” Magoha stated.

The thugs made away with a TV set, laptop, a public address system and money valued at Ksh150,000.

Matete OCPD Thomas Ototo confirmed the incident saying that the police have launched an investigation into the matter. 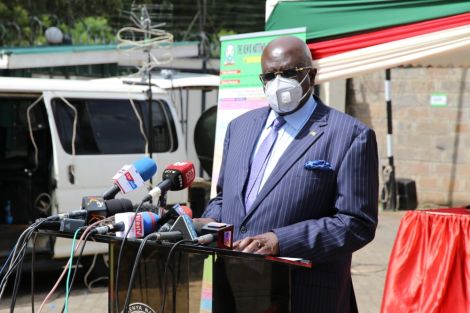