His mellow-voice, crisp articulation and command of the Swahili language while singing Tusiwe kama Wafarisayo, was enough to prompt over hundreds of Kenyans to ask that the Inooro presenter to track him down.

Garnering over 39,000 views on Facebook, the boy from an unidentified slum was catapulted into an internet sensation, with over 500 Kenyans taking to the comments section looking for a way to help the young boy utilise his talent.

“Waoooow. The kid has an awesome voice. Jeff, if possible, trace him then make him famous. If possible familia yake wasupportiwe, he seems to come from a poor background,” one Steve Njugush posted on Facebook.

Watch the young boy singing his heart out below:

On his part, Kuria said that Kenyan singers were the country’s pride, going on to quote a line from the young boy’s song urging his audience to refrain from behaving like the infamous Pharisees.

There seemed to be a general consensus that the young boy was in need of a producer who would be able to showcase his talent.

The devastating impact of the Covid-19 pandemic left the world reeling in shock, Kenya included, but dampening the creative spirit of Kenyans has proven a tough nut to crack, with a number of previously unknown citizens turning into overnight sensations from a simple video or photo uploaded on the internet.

Across platforms such as Whatsapp, Twitter, Facebook and TikTok, Kenyans of all walks of life from drivers to Members of Parliament have been keeping citizens entertained.

Azziad Nasenya, who turned into an overnight celebrity after her #UtawezanaChallenge video went viral, is a perfect example of the power of the internet as well as the Kenyans for Kenyans culture.

On May 25, a series of photographs capturing a young girl posing in Baringo County, in a traditional African set-up, caught the attention of Kenyans

Her infectious smile and the stunning quality of the images inspired a trend online as Kenyans pushed for the girl to secure an endorsement deal with an international firm.

The photographer behind the stunning images that Kenyans.co.ke identified as, Daggy Shy, revealed that his life had spun into whirlwind since the photos went viral on social media. 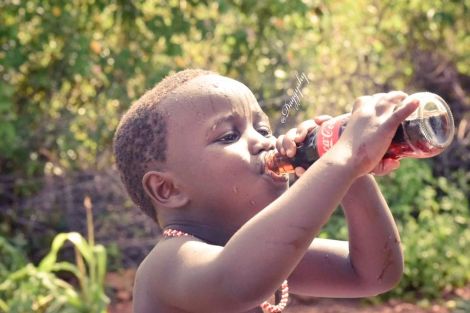