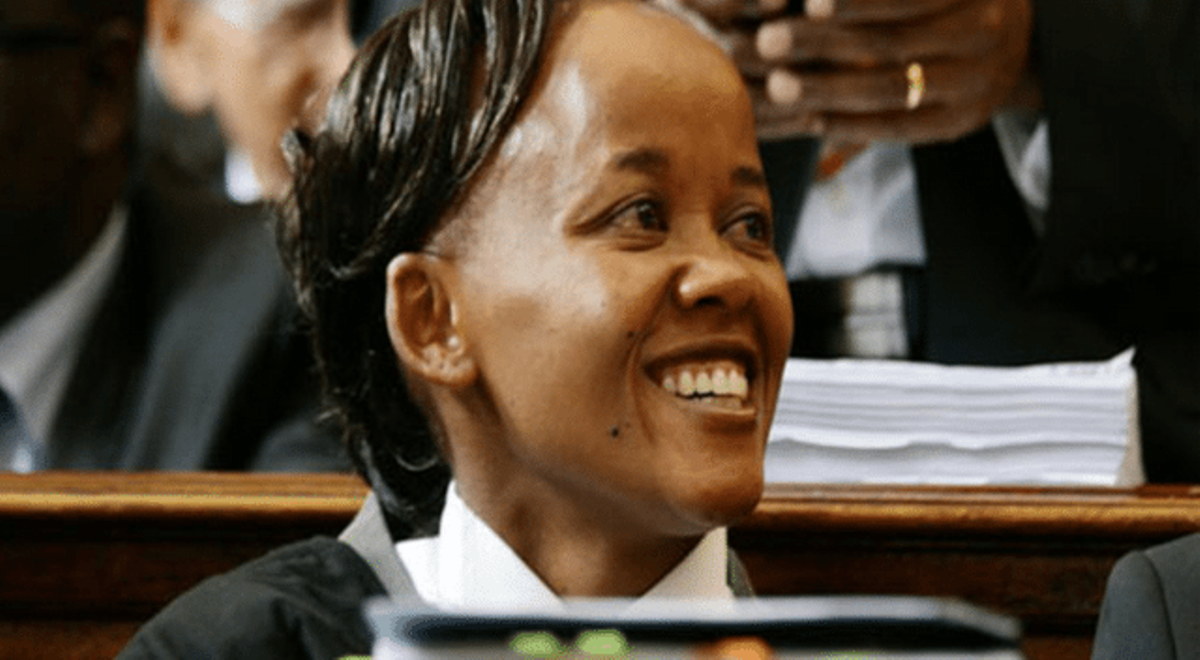 Kethi Kilonzo the daughter of the late Makueni senator Mutula Kilonzo caused a fiasco on social media when she made an appearance at Fidel Odinga’s funeral and it’s nothing other that the humongous booty that she has suddenly grown.

The men attending the funeral couldn’t help it but seriously drool over her! Team mafisi as well reacted in shock:  “Kameiva kakaungua….”, “huyu amekua akikula quail eggs”,   “somebody gained some weight.”

Kethi Was barred from becoming the first woman senator after she was nominated as the flag bearer of wiper party for the senator by-elections that were held in Makueni after the death of her father. She is an accomplished accountant and a member of various accounting organizations both locally and internationally.

Check out the photo

See how Kenyan men ogled at the big hips

Oscar Sudi: How Ruto’s Last-Minute Attempt to Save Murkomen Backfired