Speaking during an interview on NTV, Kositany lamented over the current state of the ruling party, noting that it was now controlled by ODM party members.

However, he alluded to Deputy President William Ruto’s allies having the numbers to shoot down any motions in the National Assembly.

“People are living a lie but when the time comes, you will see it for yourself. What I know is that we still have the numbers,” he stated. 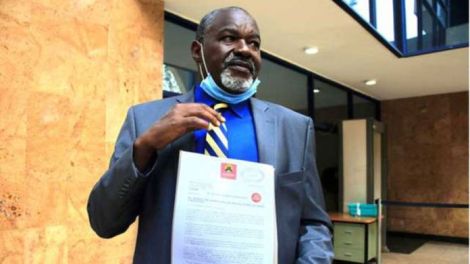 He further said that he would not walk out of the party despite the disarray he mentioned, arguing that he believed the President would realize the error of his ways and find his way back to their original party ideologies.

Kositany also detailed the BBI as having been doctored after the initial draft was presented at the Bomas of Kenya on November 27, 2019.

He argued that the document they had ratified then was not the same one being pushed out at the moment, terming it as BBI 2.

The Jubilee party leader stated that expanding the Executive under BBI 2 would only serve in adding unnecessary baggage to the people during these hard economic times.

On her part, Senator Kihika revealed that she was now unshackled and ready to fight for motions that focused on empowering ‘Wanjiku’.

“We will continue to fight vigorously for the people now that we do not have those positions that forced us to push in Parliament what the government wanted. We stand behind our party leaders Uhuru and Ruto, beyond that it is just nonsense and miscellaneous,” she stated

Inside Plan to Kick Tuju Out of Jubilee

Lessons we can all learn from the death of Tecra Muigai