Skip to content
Exclusives FEATURED Latest Life Style News
May 15, 2020 tmz editor
Economist David Ndii at the Sarova Stanley Hotel in Nairobi on December 8, 2015.
The Kenya Revenue Authority (KRA) has turned its sights on economist David Ndii over unpaid taxes in a case dating back from 2017.

According to reports from Business Daily on Friday, May 8, the taxman issued a notice to the High Court to appeal a decision by the Tax Appeals Tribunal that ruled in favour of Ndii and asked KRA to drop the Ksh2.8 million evaded tax it was looking to get from Ndii.

The income tax dispute, however, was resolved in an out of court settlement while the Ksh2.9 Million VAT claim was reduced to Ksh2.8 million, which KRA has since been after.

The tax tribunal, however, spoiled the party for KRA when it ruled out the Ksh 2.8 million demand, and noted that KRA had used the wrong procedure to notify Ndii of his tax dues.

According to the tribunal, Ndii was not registered as a VAT agent and KRA listed him without notifying him first, in effect triggering the Ksh2.8 million demand.

“The tribunal notes that there is no documentary evidence to show that the respondent (KRA) wrote to notify the appellant about the registration and cannot therefore retroactively demand for tax for the period under review,” the tribunal ruled.

The tribunal further noted that even though Ndii did not contest the assessment of the VAT by KRA, the taxman had erred by failing to notify him through writing which was a mandatory requirement

The tax assessment is reported to have been conducted in 2015, at a time when Ndii had stepped up his criticism of the Jubilee government and President Uhuru Kenyatta.

Questions have also been raised concerning the costs that KRA is willing to incur through the litigation process to recover the Ksh2.8 million from the economist.

David Ndii has been a fierce critic of the government to an extent of expressing unpopular opinions aimed at the country’s current leadership. 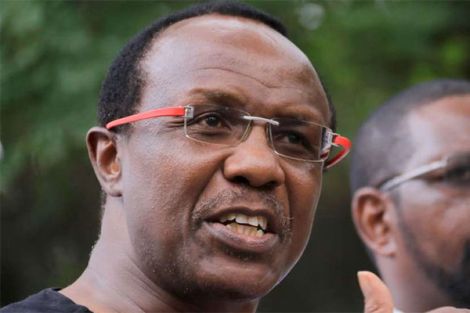 This approach has won him popular support from some individuals and also triggered ill-feelings from others who do not agree with his assertions and standpoints.

Kenyan Businessman Dies from Covid-19 in the US