Through his social media pages Monday evening, November 16, Mohammed announced that he would be leaving after serving at the station for nine years.

“It has been a  great 9 years at KTN News. Thank you to my colleagues and to all for the support and goodwill you have shown to me over the years,” reads the statement. 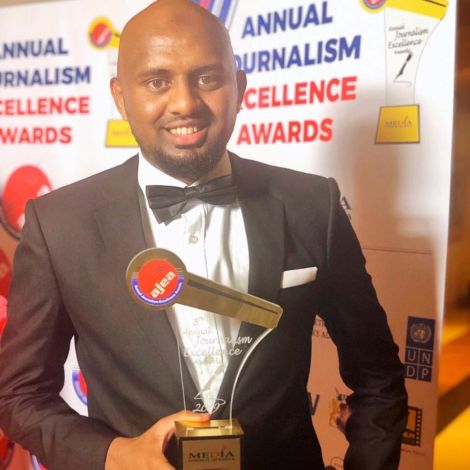 The journalist did not disclose where he was off to but promised his fans that they would see him soon.

Mohammed was a crimes and investigations editor who secretly exposed ills in Kenyan society.

Some of the stories that he has done include a series dubbed Jihadi Brides, where the journalist exposed the lives of Al Shabaab, children theft syndicate, among others.

On her Instagram page, Wairimu complained that she had been working in a toxic environment.

“I am so done dealing with humans who feel like they have you. They are just controlling every move that you make. You cannot even think for yourself. You are treated like a school child. I mean I am almost 32. It is time for me to fly,” the anchor stated.

The anchor stated that she was grateful to Ebru TV for the opportunity they accorded her for two years.

“This is the beginning of my journey and I’m not done creating content or telling stories that touch lives and make a difference.

“To newness. To a new chapter,” she stated.

‘I have no real friends in life maybe 3 or 4,’ Kamene Goro opens up