Serie A, La Liga, the Premier League, Formula 1, golf’s PGA Tour, IAAF athletics, Super Rugby Aotearoa and horse racing are all back on the menu, a welcome treat for sports fans.

In Kenya, the return of the Premier League on Wednesday, June 17 when Manchester City faces Arsenal and Sheffield United faces Aston Villa remains arguably the most anticipated sports moment.

In this article, Kenyans.co.ke takes you through the world-class sporting events making a come-back. Importantly, DSTV and GoTV remain your best bets to watch them, on Supersport. 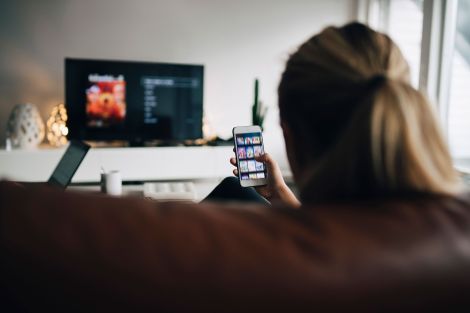 A file image of a person watching TV

Premier League football has been missing in action since a suspension was announced on March 13 in a bid to stop the spread of Covid-19.

The league is set to return to Supersport on Wednesday, June 17 with strict conditions to be observed including playing behind closed doors.

Manchester City v Arsenal and Aston Villa v Sheffield United, two catch-up fixtures, will be played on June 17, before a first full round of fixtures running from Friday 19 to Monday 22 June.

With league leaders Liverpool needing only two more wins to clinch the title, they could win it in their first fixture back away to Merseyside rivals Everton depending on Man City’s results.

Spain’s La Liga, one of Europe’s top five leagues, will be the first to return to Supersport with matches slated for the evening of Thursday, June 11 when Sevilla clashes with Real Betis.

Fans will be keen to watch how the league plays out, with a nail-biting finish on the cards given the two-point gap separating Barcelona and Real Madrid at the top of the league.

Another of Europe’s top leagues is set to resume in Italy on the weekend of Friday, June 19 – June 21 , with a full round of matches expected.

Before the league was suspended, Antonio Conte‘s Inter Milan had emerged as worthy challengers for the title even as champions Juventus worked to continue their dominance.

The 2020 Formula 1 season is expected to begin on Sunday, July 5 with an opening race at the Red Bull Ring in Austria.

Two closed door events in Austria, on July 5 and July 12, will be followed with six Grand Prix across Europe.

Formula 1 stated that it hoped to have between 15 and 18 races in total, with the season expected to be completed in December.