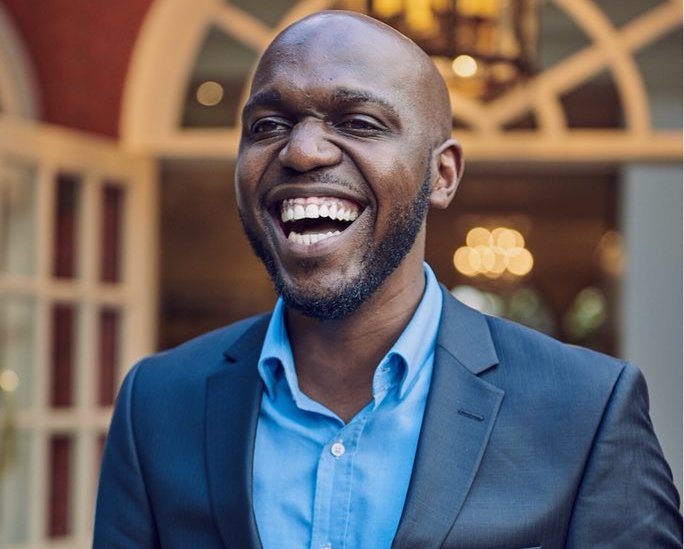 A lot has been said and written about Larry Madowo during his illustrious career at the Nation Media Group (NMG). His Midas touch was evident even among his detractors. The Trend Show, aired on NTV every Friday, was, for example, one of the most popular TV shows when Madowo was at the helm until he passed the baton to comedian Butita. He was a monumental failure and in quick succession Amina Abdi was unveiled the new host. The show has never regained traction.

Sidebar, a political show also hosted by Madowo, was fast gaining popularity. The all rounded journalist moderated the show with so finesse-although, at times, he was criticized for being overbearing. During a heated debate on Sidebar, a visibly angry Madowo banned the no-hold barred twice deported Miguna Miguna from his show. Miguna had stated that “for a revolution to take place, blood sometimes has to be involved”. Larry cut short the self declared National resistance Movement (NRM) general prompting a back and forth between the two.

Miguna said he will not be coming to the show if the host kept interrupting him. Larry retorted: “If you are not going to answer my questions then don’t come back to my show!”…. That was Madowo for you. The news anchor days were numbered at the Aga Khan owned TV station. He was a man who spoke his mind to the chagrin of his bosses. The celebrated news anchor caused a ruckus during a staff meeting with his open criticism of his bosses. Madowo took on the then Nation CEO Joe Muganda and Editor in Chief Tom Mshindi over NMG’s editorial independence. His strong opinions coupled with the decision to cover Raila Odinga swearing in ceremony, turned Madowo to a marked man whose days at the giant media house were numbered.

His column ‘Front Row’ was dropped by the Daily Nation marking the beginning of bad blood between Madowo and his bosses. The article that was critical of Interior Cabinet Secretary Fred Matiangi’s dictatorial leadership style was picked by CNN. Larry could not help taunting his employer:

“This week, the Daily Nation refused to print my column, which has been running every Tuesday for the last four years, did not appear in this week’s edition but interestingly, global television network CNN, published it”.

Larry was on his way out and, being such a big name, it did not come as a surprise when BBC poached him. His star is rising with his appointment as BBC Africa business editor and now contributes at the Washing Post.

Working for the respected BBC is a big deal. The international multimedia broadcaster dwarfs NMG in every facet. It has a global weekly audience of 320 million on its four platforms: radio, tv, online and on social media networks. Larry heading the BBC Africa business news desk is a dream of every journalist.

BBC is ranked on position 93 globally on Alexa ranking while NMG popularity worldwide stands at 7223. Washingpost is ranked at position 219 worldwide.

To the gist of the article: how much does Larry Madowo earn at BBC?

BBC came under fire late last and early this year for paying their international journalists way much more than British ambassadors in the same country. The media house was also criticized for paying male employees more than their female counterparts.

This is way below the pay of some of the big names whose salary has come under criticism.

‘I still cry once in a while,’ Tina Kaggia opens up on battling depression