Skip to content
Life Style
June 14, 2020 tmz editor
Health Cabinet Secretary Mutahi Kagwe speaking during a presser outside Kenyatta National Hospital, April 2020.
Health CS Mutahi Kagwe’s trip to Nyeri on Sunday, June 14, was dotted with laughter following comedic addresses that were given by some of his colleagues.

It all began with ICT CS Joseph Mucheru who cracked up the crowd after he referenced a viral meme from Kagwe’s past address that trended online for days.

While making his remarks, Mucheru praised social media users for spreading the message with the ‘gerrit’ meme adding that it was possibly the first positive campaign Kenyans on social media had ever actively participated in.

“I want to first thank you because I think you have become the latest star in the country. Have you (the crowd) heard gerrit? (Get it?). 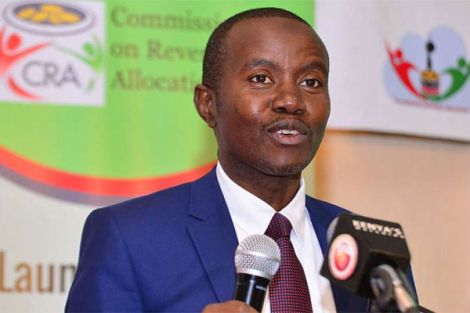 Information and Communication Cabinet Secretary Joe Mucheru during a past event

“I want to thank the social media people because, for the first time, they have helped us with this positive message… I think now all Kenyans now know that you can gerrit,” stated Mucheru leaving the crowd including Kagwe in stitches.

In his address, Kagwe also had a light moment with his audience and colleagues at his podium that was clearly breaking the Covid-19 social distancing rule issued by the state.

“I want to urge all our people to follow medical advice and regime of medication while at the same time observing Covid-19 containment measures of handwashing, social and physical distancing and I can see a lot of lawbreakers here,” stated Kagwe.

Immediately the conference kicked off, Kenyans on social media lamented about the state’s insistence on social distancing with hundreds of poor people arrested over the same while the minister’s podium was filled with lawbreakers.

“I have keenly followed CS Mutahi Kagwe’s address in Nyeri County and wondered why the govt has barred social, church and political gatherings. Simply request the attendees to only wear masks. There was zero social distancing in Nyeri. Animal Farm?” Questioned Freddie Wabala.

“If CS Kagwe has Corona then all those people behind him around at risk. CS is speaking without a mask and I recall Corona can infect one when in contact with the eyes, now you understand why Kenyans doubt you,” stated Lusweti Namai.

The CS also advised the public to avoid interactions with people without face masks and to ensure that hygiene standards were at an all-time high.

“When you go to the market for groceries and see the vendor lacks a mask and no one prompted you to wash your hands or use your sanitiser… I don’t know why we weigh groceries by hand without sanitising,” stated Kagwe.

Kagwe also noted that the provision of an oxygen plant in Othaya funded by the Rockefeller Foundation was under discussion, an announcement that was confirmed by a representative from the foundation.

18 Kenyans Abroad Have Died of Covid-19, with a Majority of them in the US

Teacher Moves Inside School Room After Landlord Ejects Him