Levels! Minnie Dlamini Producing Her First Movie. A few weeks after giving birth, and we are already working. This can only be Minnie Dlamini-Jones, whose work ethic is quite impressive. The celebrated media personality, actress and entrepreneur, has announced that she is working on a major project.

Showing off her new Huawei Matebook XPro laptop, Mrs Jones, let it out that she is working on producing her first movie. The KZN-born star established her own television production company called Beautiful Day Productions a few years ago. The company’s first TV production, reality series  ‘Becoming Mrs Jones’ was a record-breaking success, with the highest ever viewership for Vuzu Amp. They also have ‘Spirit of Mzansi’ under their belt.

Although, Minnie didn’t reveal much, this is one project we are excited of. We already know what she is capable of as an executive producer.
“I’m officially I’m working on producing my first movie,” Minnie announced. 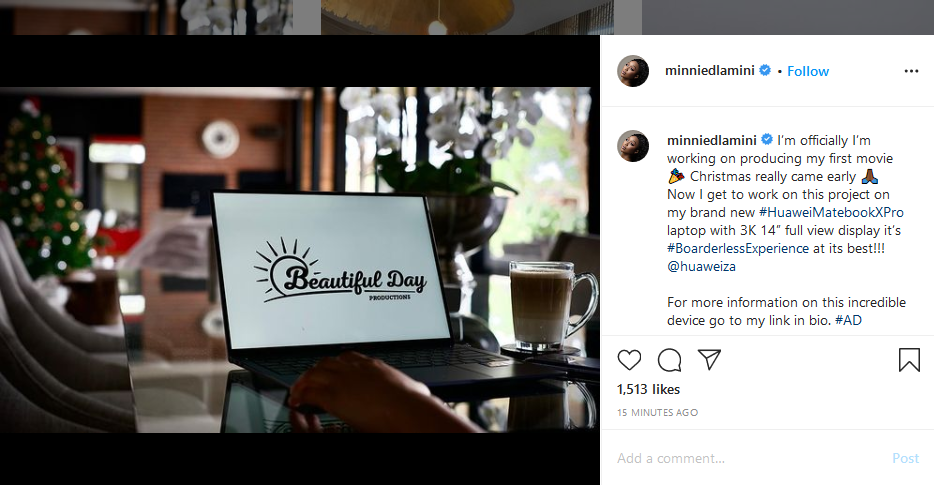 Andile Ncube About To Be A Dad For The Second Time