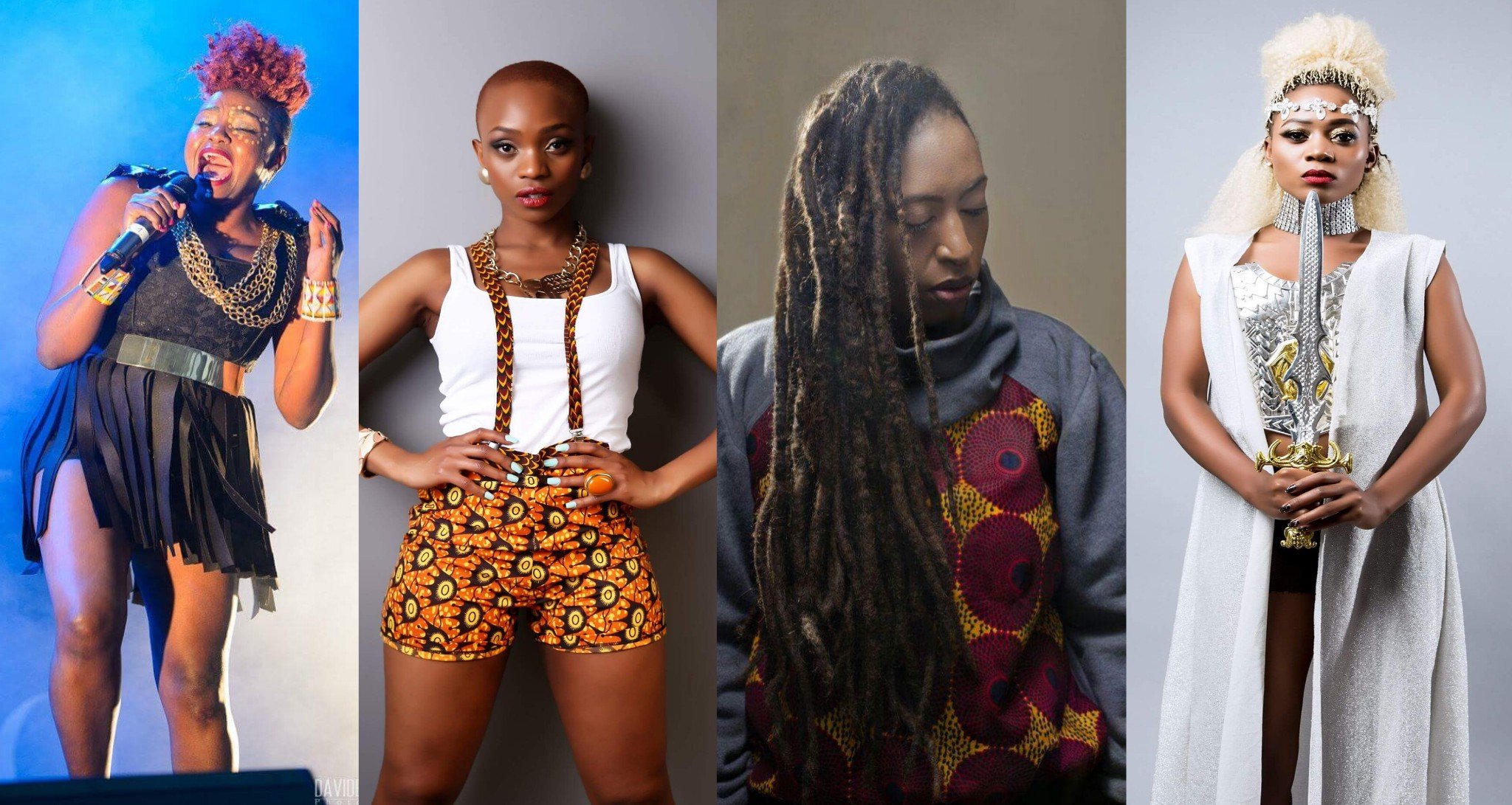 Kenya’s hip-hop industry has been awash with overflowing talent. In many events, you can see upcoming rappers trying to get an audience, or to just get scouted and maybe land a sponsorship or recording deal…a major breakthrough. Maybe you have for a while seen that the hip-hop industry is male dominated, which is true but the narrative is slowly changing. Women have also hopped into an adamantine industry head-on and they are making it big.

Below is an exclusive list of the best Female Rappers in Kenya.

1.Stella Mwangi (STL)
STL has been in the hip-hop game for quite sometime now. She artistically incorporates her mother tongue and English to bring out a whole new taste of hip-hop. She has done many major collabos both locally and internationally. Her Biashara track is one of the biggest tracks back then that propelled her to fame.

2.Fena Gitu
Fena Gitu is a rapper, songwriter and producer. Fena appeared in Coke Studio ssn 2. Some of her best works are Fenamenal woman, Birikicho, Jabulani, African King and Doing Her thing though.

3.Muthoni Drummer Queen (MDQ)
Remember ‘Nai ni ya Nani?’, MDQ is the voice behind it. She is a perfect rapper who knows how to pen down the lyrics and spit them out like crazy. She performs frequently at blankets and wine and adds up as a drummer to, just as her name suggests.

4.Nazizi
Nazizi made us believe that women can really do what we think they cant, like rapping. She is one of the pioneers, or rather the first female rappers in Kenya. She adds up as a rapper, Dancehall artiste and a vocal Reggea artiste.She has done many jams that have taken the Kenyans to the dance floor, done multiple collabos with the like of  Wyre and some international artistes.
She is referred to as the queen because she literary opened the gateway for other females and is actually one of the best in the game.

5.Sosuun
She raps so flawlessly and her jam Kufunikwa is one of a hit. She is more than perfect in ghipuka  and makes one of the best rappers in Kenya.

6.Notiflow
Notiflow is beautiful, has a sweet voice, mad rap prowess and a party animal.
Notiflow knows how to incorporate ‘raunchiness’ in hip-hop and get  maximum attention. She also has has great mastery of her art.
Kamatia is one of her latest works and so far, so good.

7.Femi One
Mother of disses, Femi one is one type of woman you don’t wanna offend musically. Well,she was in the ligi soo remix that actually was a major  breakthrough. She has been known to hit back with blunt and luminous  lyrics to “haters” especially fellow female musicians ,Pilau Njeri is an example.

8.Wangechi
Wangechi has been reticent nowadays. But she is without doubt one of the best rappers in Kenya. She too took part in the ligi soo remix. Some of her major pieces of art are Ligi soo, Cardiac ,They dont know, Tulia tu and Here’s to us. All she needs to do is to be consistent.

9.Petra
She is beautiful, musically aggressive and a good rapper. She has one of the best choreography in her songs and the rap flows effortlessly.

10.Kush Tracey
Forget her drama relationships, Kush Tracey  whose real name is Teresia Ndoti Wambui is a perfect rapper and also a song writer. She is popularly known for her song ‘Huwezi Ni Dandia’
She has also done major hit after hit and even recently bagged a collabo with an international artiste. Most of her songs are produced by Cedric On The Beat.

11.Kyki
A controversial rapper and Femcee, Kyki is one talented rapper. She doesn’t run away from controversy too, and her sexuality keeps raising eyebrows.

12.Rosa Ree
Tanzanian born Kenyan rapper Rosa Ree is coming up hot on the heels of other established rappers. With major collabos with Khaligraph and Navy Kenzo, Rosa Ree is one female rapper to watch out for.

‘My coffin is already taken care of,’ Akothee talks about her funeral plans