Speaking at the Jomo Kenyatta University of Agriculture and Technology (JKUAT) where he was handing over the Agricultural Laboratory (ALB) building, Magoha acknowledged that some parents from well off families were taking advantage of an earlier directive where he had asked headteachers to be more lenient on matters regarding school fees.

“Our population is a very interesting one. The majority of the people who are not paying fees can afford to pay,” Magoha stated. 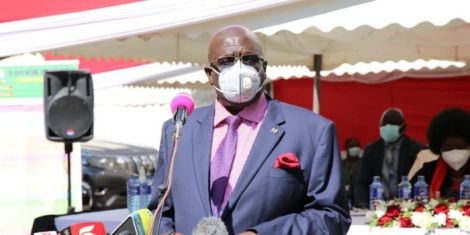 “I want to request, on behalf of government, that the Kenyan parents who are still denying paying the balance of their third term school fees to pay without delay,” he added.

Magoha, however, requested headteachers to double check and ensure that students who were being sent home were not from poor families or those where parents had lost their source of income.

Owing to the Covid-19 pandemic, Magoha, in an earlier directive, assured parents that no student would be sent home over lack of fees.

On June 5, 2021, school heads had  raised concerns over the CS’ leniency to parents over fee payment.

“Parents must take their responsibilities and clear the pending fee balances to enable school heads to effectively manage and run schools.

“Schools are only having a few percent of parents clearing the fees balances with the largest percentage failing to clear while others send their children to school without fees,” Indimuli complained.

The government has disbursed Ksh9.3 billion across the learning institutions in the Country. 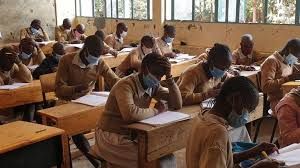 Students during a lesson in class wearing masks