The CS was speaking during his tour of Nakuru aimed at assessing the preparedness of schools in the county ahead of a proposed reopening scheduled for September.

“The issue of our girls and children getting pregnant as if all we are thinking about is sex…I am going to lobby the Cabinet and by extension his Excellency the President so that they consider changing the law to block information related to pornography from being accessed by all in this country.

File image of a pregnant teenager

Magoha questioned why explicit sites are accessible in the country and noted that just because it is permitted in the US, does not mean it should be allowed in Kenya.

He added that a number of countries in Africa and Asia have blocked such sites which in turn has improved their cultures.

The former Kenya National Examinations Council (KNEC) chairman urged parents to counsel their daughters as they possess the power of refusing sexual advances.

The Education CS, however, questioned the survey done by the Kenya Health Information System on teenage pregnancy numbers in the country.

“I would like to interrogate the rate of the pregnancies because they look obnoxious and I’m asking myself as a professor, did these children go and report that they are pregnant.

“Who is giving us these figures because they seem to be definitive figures. Could some NGOs who are keen on pushing sexual education be using these exaggerated numbers, we are going to interrogate,” noted Mgoha.

He also wished for heftier penalties imposed on those found guilty of violating teenagers other than just being handed a jail sentence.

The country on Wednesday, June 17 was alarmed by the high number of teenage pregnancies reported since mid-March, with Machakos recording close to 4,000 pregnant school girls in the last four months. 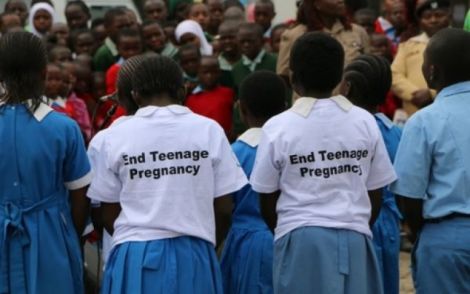 Stalking to begging: Things you shouldn’t do after being dumped – List