During a church service over the weekend, Malala asked for forgiveness from Mudavadi for going against him for the Luhya leadership stating that he was misguided.

“I know I had wronged you and uttered some words against you because of politics. My first step is to ask for forgiveness from you,” he stated. 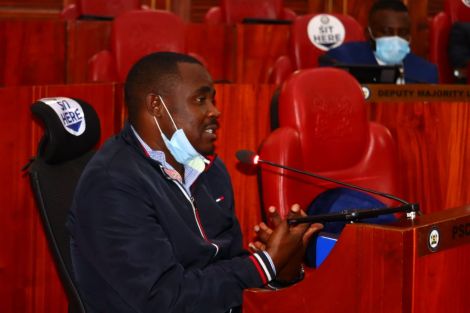 Kakamega Senator Cleophas Malala attended a Consultative meeting between the Senate leadership and the County Assemblies Forum in the Senate on Thursday, July 16, 2020
FILE

On his part, Mudavadi stated that they could disagree on matters of principle and various issues but he would never wish any ill on the senator.

“I am not a man who keeps grudges, this is just politics,” the ANC leader stated.

Their tiff escalated during the Kibra by-election where Malala supported the ODM candidate for the seat against the ANC party leader’s wishes.

While transversing with the ODM caravan in Kibra, the Kakamega representative stated that as an ANC senator, he was the senior-most official, and urged the Kibra residents to oust any ANC leaders who tried to present any other candidate apart for Imran Okoth – for the November 7 by-election.

Following a meeting at COTU secretary general Francis Atwoli’s house in May 2020, Malala together with other elected leaders endorsed Devolution Cabinet Secretary Eugene Wamalwa and Kakamega Governor Wycliffe Oparanya as the official spokespersons for the Mulembe nation.

“During that meeting, we were served with alcohol that may have hindered our judgment. I want to clarify that we selected CS Wamalwa and Gov. Oparanya as administrative leaders. That has nothing to do with the political leadership of the Luhya community,” he clarified during a church service in September.

Mudavadi through the party’s governing council moved to expel Malala after delegates found him guilty of disloyalty and gross misconduct.

“The party has decided to expel Senator Malala after deliberations with the National Governing Council. The Senator has been prejudicing the activities of the party and has been disloyal.

“Malala has also not shown up before the committee to answer to the charges against him. He has blatantly disobeyed the orders given by the disciplinary committee,” a statement from ANC read in part.

A court, however, issued him reprieve by overturning the decision by the party. 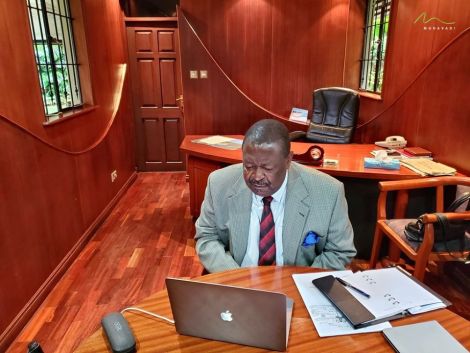