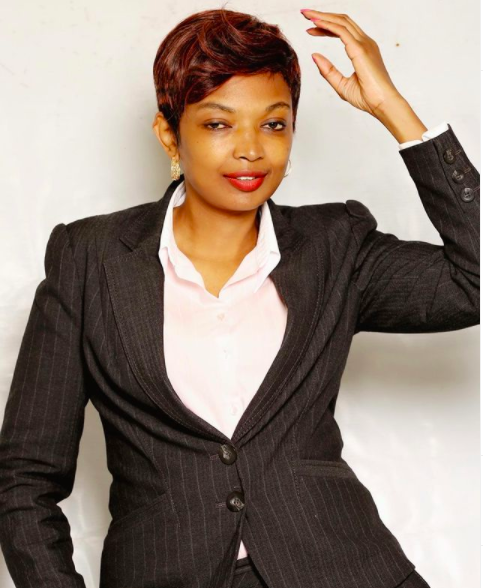 In a post on his Instagram, Mike Sonko asked if there are any pregnant women ready to run a 200 Metres race .

Sonko was challenged by a viral photo of athlete Alysia Montana, who competed in the USA championships in 2014 while heavily pregnant.

The governor asked pregnant women in Kenya to show up for a race, and he would award the winners.

“United States athlete Alysia Montana won the 800mts race at the US nationals despite being 34 weeks or 5 months pregnant. Wamama eehhhh…. wamama aahhhhh….

In the comment section, Karen Nyamu cheekily asked Sonko to add the amount of money he will award.

She said that if the former Governor increases the price, she(Nyamu) will compete. 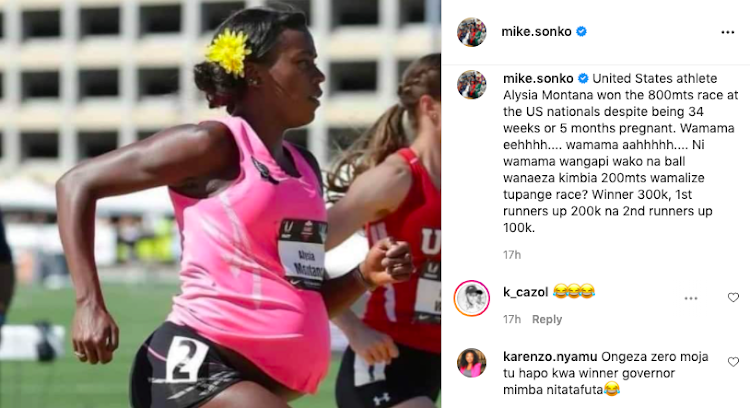