Skip to content
Entertainment Exclusives FEATURED Radio & TV
June 27, 2020 tmz editor
Classic FM radio presenter Maina Kageni during a show at the station.
Maina and King’ang’i Show on Classic FM has been ranked the fifth most popular breakfast show in the lastest data released by GeoPoll.

The show, hosted by Maina Kageni and Daniel ‘Churchill’ Ndambuki, aka Mwalimu King’ang’i, was edged out after dropping in its listenership for the months of March, April and May 2020.

Radio Citizen‘s Jambo Kenya, hosted by Inspekta Mwala and Vincent Ateya, took the top spot with a general listenership of 1.4 million daily listeners from 6 a.m to 10 a.m from Monday to Friday, followed by Milele FM’s Milele Breakfast by Alex Mwakideu and Jalang’o (who quit has since quit) with 1.1 million. 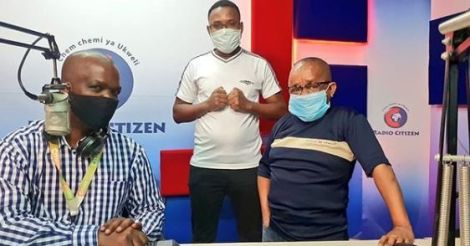 All the top positions were snatched by Swahili stations due to their large audience numbers.

Maina and Kinga’ng‘i was the most popular English show with an average listenership of 854,000 followed by Kiss FM’s Kamene and Kibe which has been gaining audiences through the three months. 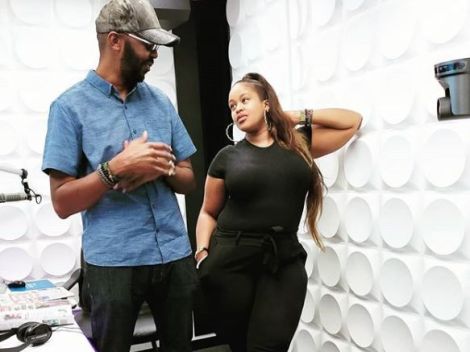 GeoPoll observed that even with the Covid-19 pandemic, radio consumption across the day and night had continued to rise.

“Altogether, with consumers spending more time at home, their listenership and viewership attention is being split across the traditional media of TV and radio, as well as other media platforms including social media.

“Seeing as the Government of Kenya has issued further directives of restricted movement, we anticipate a further increase in TV viewership and recognise that sustained dips in radio listenership are possible,” an April 2020 report by the company disclosed.